Report: Spanish giants battle it out for £31.5m-rated Arsenal ace who isn’t in Mikel Arteta’s plans 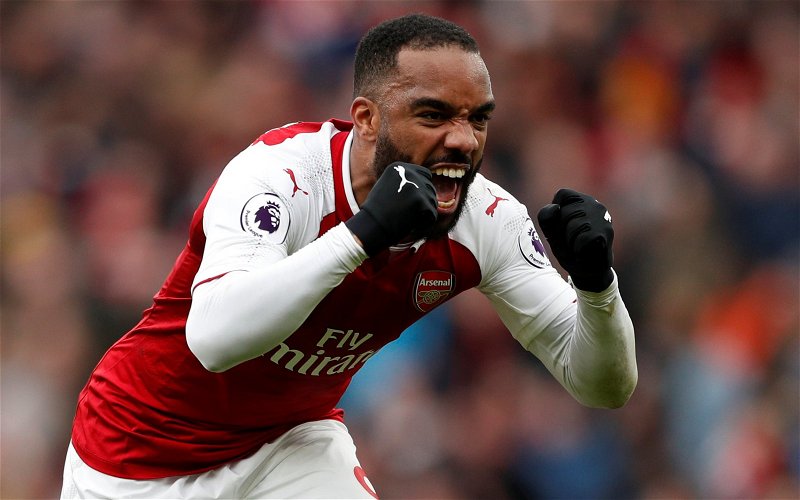 Real Madrid and Atletico Madrid are eyeing a move for Alexandre Lacazette, who endures a strained relationship with manager Mikel Arteta, according to AS.

The Gunners frontman is not thought to be part of manager Mikel Arteta’s long-term plans at the club despite his recent goalscoring record.

Atletico narrowly missed out on signing the former Lyon man way back in 2017 after the Spanish side’s ban in signing players was upheld by the Court of Arbitration for Sport.

It’s hard to make a judgement on a player who has blown so hot and cold during his time at the club. From scoring five goals in six games to failing to hit the target for mere yards out, Lacazette has enjoyed a rollercoaster of a ride this season.

There are times, like right now, where you sit back and enjoy his performance, however, when it’s bad, it proves to be really bad for the France international. Having started the year campaign with three goals in three games, the £182k-p/w ace then went on a run of no goal in eight league games.

The problem Arsenal have is, are there enough quality stars on the market to replace Lacazette? If I’m honest, the only players able to make a difference are the likes of Erling Haaland, a player who at £90m-rated, is out of the team’s price range.

Whilst I’d replace the number nine in a heartbeat, I don’t see the need for the club to let the ace leave the club given the lack of replacements.

In other news, one manager has revealed an Arsenal target is due to remain at the club this season.