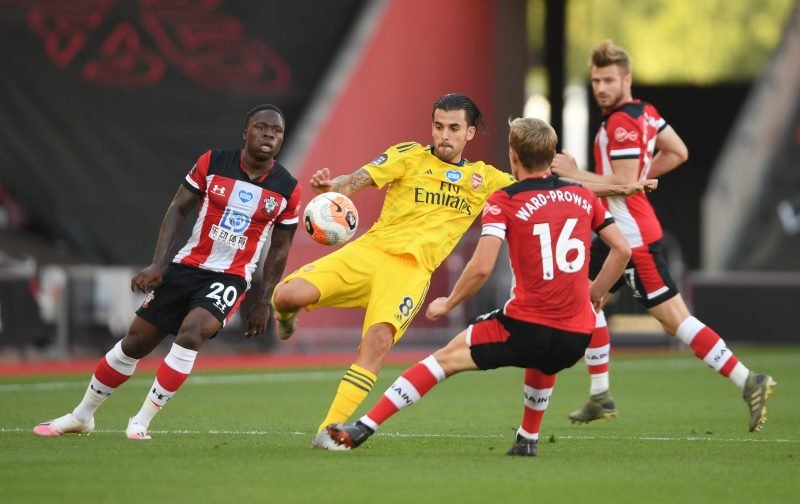 Real Madrid loanee Dani Ceballos is an option to replace Nabil Fekir at Real Betis in the summer transfer window, according to Estadio Deportivo.

It’s being said that the La Liga outfit are fearful about losing the former Olympique Lyonnais man at the end of their season, hence their interest in the midfielder.

The Spanish publication are claiming that in a poll asking fans whether they’d chase the signing of the £28.8m-rated Spain international, 63% said they’d rather concentrate on keeping a hold of the Frenchman.

After what has proven to be an up and down season for Ceballos, the jury’s still out on whether the club should chase a permanent signing. He proved yesterday that he has the quality to make a difference in the Arsenal midfield in the absence of Thomas Partey, however, those performances have been few and far between this campaign.

Even in the early season absence of the Ghanaian ace, Mikel Arteta still preferred Mohamed Elneny in some of the early Premier League outings. It doesn’t prove to be a good look about how highly Mikel Arteta rated the figure especially when you compare the difference in quality between the two players.

Elneny has a brilliant engine and can provide legs in the middle of the park, however, the Ceballos has the on-the-ball quality which can get the north London giants ticking.

The lack of clarity over his position in the team is perhaps a great indication of whether the club finds it worth their while to retain the 24-year-old. At this moment in time, you’d have to say if Real Betis are looking to capture the ace, it wouldn’t be a great loss especially with his lack of consistent displays this campaign.

In other news, Andy Cole has voiced his disappointment for Alexandre Lacazette after he was left out against Leeds United.