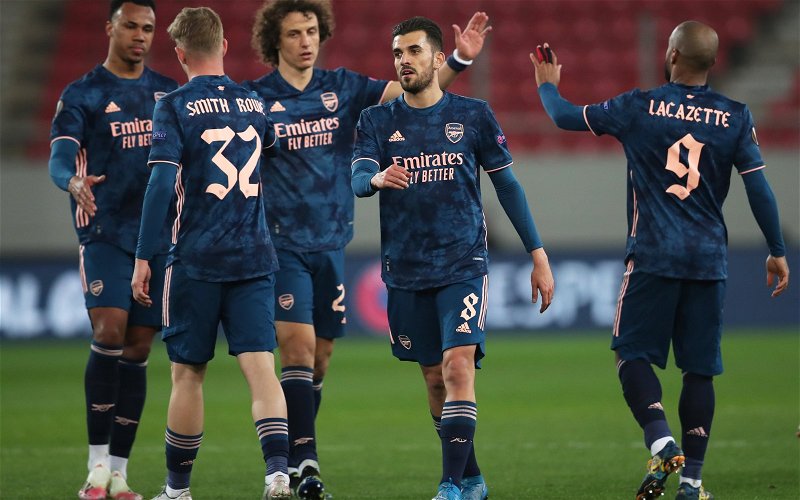 The UK government are under pressure at denying work permits to any of the ‘big six’ clubs for the signing of foreign players should they carry out their threat and join the newly-formed European Super League, according to Daily Mail.

The FA, Premier League and the EFL combined to create a new points-based system which was introduced into the game last season.

Boris Johnson spoke out against the plans, which were introduced on Sunday, claiming that he and the government would do all they can to stop the tournament.

Should Arsenal compete in the ESL?

It remains to be seen whether the plans will be carried out, however, the abrupt nature of the announcement was made by some of clubs involved especially in England, shows there is some seriousness behind it.

However, the inability to sign foreign players would be a devastating blow to some of the teams including Arsenal, who have been well-noted for needing a squad overhaul.

You’ve most likely seen article after article on the site about how bad the current squad is and how big of a challenge it is for Mikel Arteta in his attempt to change the fortune of the club, so there’s no need to remind you.

Instead, we’ll take a look at it from an angle that proves far more devastating.

Of the ‘big six’ clubs who have signed up for this tournament, the Gunner possess the worst squad by far and this isn’t a debate. A simple glance at the Premier League table shows you that the Reds are far behind their fellow English compatriots in terms of squad ability.

Sitting a lowly ninth, the outfit have gone from weakness to weakness during a campaign that has highlighted the stark size of the job on Arteta’s hands.

So, should the north London outfit get stopped from signing foreign players, they’d be left with what they have, and as we’ve all witnessed this year, that’s not the best.

Meanwhile, Chelsea signed over £200m worth of talent last summer, Manchester United sit in second place, Manchester City have four titles during the last nine years, Liverpool have lifted the league and Champions League over the last two years and Tottenham Hotspur possesses the likes of Harry Kane and Heung Min-Son.

And that’s before you take into account the other six teams across Europe, all whom you think the outfit would struggle against.

On paper, the Super League sounds like a great idea, but, if the club can’t prepare themselves to take on the best, they may as well bend over, to put it in more crude terms.

In other news, Arsenal’s loss to Fulham highlighted the club’s a missing piece in their hunt for Champions League football.