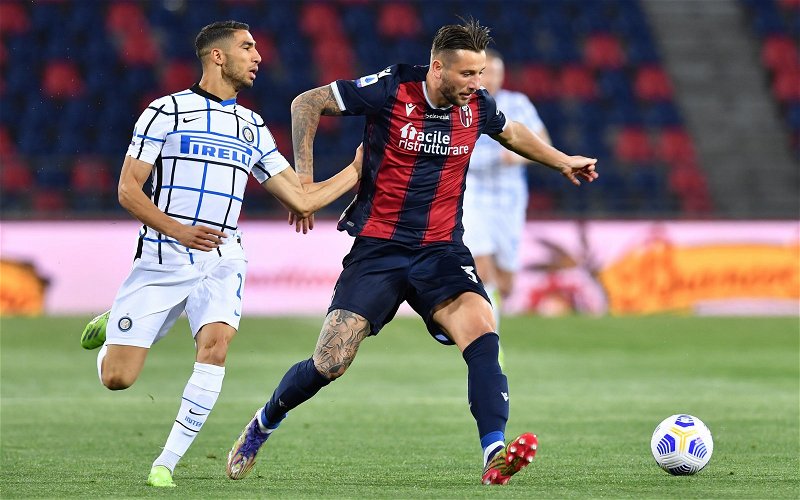 AS are claiming that the Gunners are in the hunt for the Moroccan right-back with the Serie A giants open to selling if their €50m (£43m) asking price is met.

Arsenal are thought to be in for a new right-sided defender with Hector Bellerin reportedly weighing up a potential move to Paris Saint Germain at the end of this season.

Given how desperately poor the likes of Cedric and Bellerin have been for large swathes of this season, it’s only right that the club eye up a new right-back.

The Spain international has been shocking all season long, failing to defend to the required standard whilst also proving incredibly shocking on the ball. His inability to link up with the likes of Nicolas Pepe has been a stand out feature of his play this campaign with the Ivorian regularly struggling when paired with the former Barcelona man.

Meanwhile, Soares has impressed in bits, however, has regularly failed to displace Bellerin, a show of how highly Mikel Arteta rates the Portugal international,

Both defenders have struggled to secure a starting berth under Mikel Arteta with even Calum Chambers having returned from his long-term injury problems to add his name into the mix. The former Southampton ace put in a man of the match display versus West Ham back in March, assisting two of Arsenal’s three goals as they came from 3-0 down to draw 3-3.

In Hakimi, the Gunners would be acquiring one of the most attacking full-backs in Serie A with the defender having contributed 11 goals in just 27 league games.

However, he’s also aided in forming a solid defence under former Chelsea manager Antonio Conte with the Italians having conceded just 26 goals in their 28 fixtures this season.

With the right flank proving a problem for Arteta’s side, you’d hope the Gunners are pro-active in seeking a replacement for Bellerin and Soares, who have shown off their limitations this season.