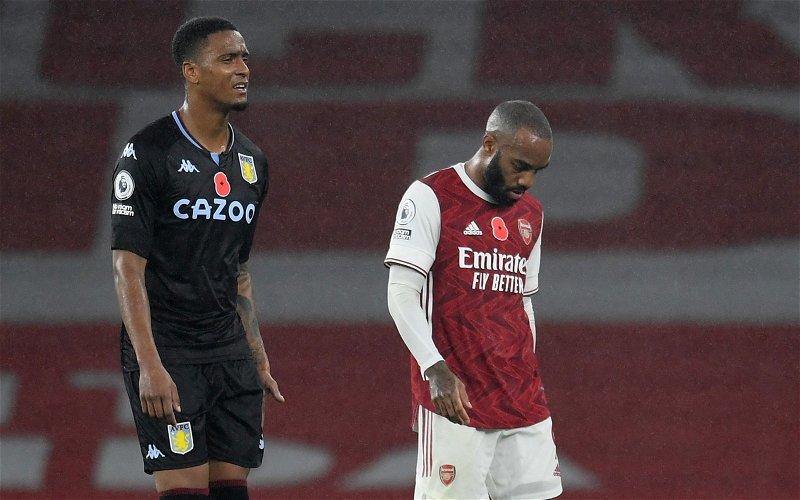 David Ornstein has revealed that Arsenal rejected a substantial bid from Roma for Alexandre Lacazette over the summer.

In a video posted on Twitter account, the famed journalist revealed that the Serie A club were interested in making a move for the Frenchman, however, it fell below the club’s valuation of the player.

He also went on to claim he doesn’t believe anything will happen in terms of a move away in the January transfer window.

It would seem that the club’s bid to keep the former Lyon man has backfired horribly with Lacazette having been performing horribly so far this season. Since scoring three goals in his first three Premier League games, the 5’9 striker has missed glorious chances in each of the last two home games against Leicester City and Aston Villa.

He has been roundly criticised for his poor displays recently with Ian Wright taking aim at him for a number of aspects of his all-round game including his finishing and position on the pitch.

In a graphic widely shared following the 3-0 thumping at home to Dean Smith’s side, Lacazette could be seen taking up a position deeper than defensive midfielder Thomas Partey. When you’re trying to play football, the first and foremost thing you need is a number nine to play off and that wasn’t the case last Sunday.

With the player already 29-years-old and with only two years left on his current deal at the end of the current campaign, it would be ideal for the club to move him on. The frontman has been hit and miss during his time in north London, proving to be very inconsistent in front of goal. A transfer away would be the ideal solution especially with Eddie Nketiah and Pierre-Emerick Aubameyang available to fill the void up front.