Report: Arsenal reignite interest in Premier League ace they turned down in 2019 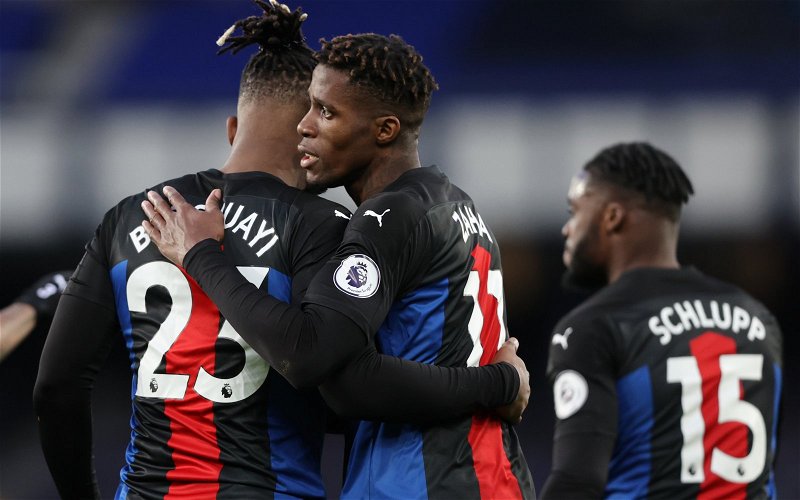 Arsenal have reignited their long-standing interest in Crystal Palace’s Wilfried Zaha and could make a move for the player in the summer, according to 90min.

The Gunners are thought to be in for a left-winger in the summer and could turn to the attacker, who the Gunners rejected in place of Nicolas Pepe back in 2019.

Zaha will have two years left on the long-term contract he signed back in August 2018 at the end of this season with the Eagles open to letting him leave.

Arsenal’s quest to sign players who really aren’t needed continues in the shape of the Ivory Coast international, who would merely saturate a position where the side already possess plenty of talent.

Last summer saw the Reds acquire the services of Willian from rivals Chelsea and a simple analysis of the squad shows he merely hampered the growth of youngsters like Reiss Nelson. Due to the Brazilian’s arrival, the England youth international has found himself way down the pecking order this campaign and has featured in just nine first-team games.

Taking a look at the squad right now the north London giants already have the likes of Pierre-Emerick Aubameyang, Gabriel Martinelli, Willian, Bukayo Saka, Emile Smith Rowe, Pepe and Nelson, all of whom can play on either wing.

And whilst there are calls for an overhaul of this squad, you can see all but Nelson staying at the club for the start of next campaign. Willian and Aubameyang are at the start of long-term contracts, meanwhile, the likes of Martinelli, Smith Rowe and Saka possess far too much talent to be let go by the club so early in their careers.

Plus, if you had said the club-record signing, Pepe, was in danger of leaving prior to 2021, it would be believable. However, the crafty winger has turned his fortunes around this calendar year and has put in a string of impressive performances against Tottenham Hotspur, Burnley and West Ham most recently.

With numbers so high and the likelihood of anyone leaving so low, there seems little to no chance a transfer for Zaha can happen. He possesses the ability, but, with so much talent in the squad, he would be starved of game time at the Emirates Stadium.

In other news, Arteta must make this bold call for the Europa League tie versus Slavia Prague.