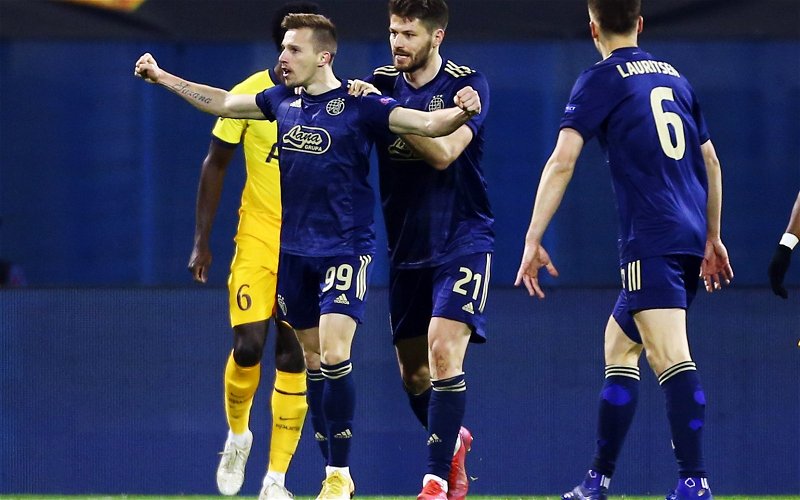 Arsenal are looking to potentially make a summer move for Tottenham Hotspur nemesis and Dinamo Zagreb winger Mislav Orsic, according to The Times.

It’s being claimed that Mikel Arteta is keen to bolster his attacking options and that the 28-year-old is one of a list of targets.

The Croatian attacker wrote himself into Gunners folklore after scoring a hat-trick to knock out Spurs in Zagreb’s Europa League last-16 tie last week. 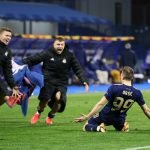 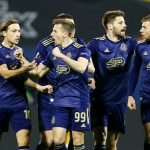 It could well be true or a lazy rumour after the winger wrote himself into Europa League history as his treble helped the Croatian giants come back from 2-0 down against Jose Mourinho’s side.

However, what there is no doubting is the quality possessed by Orsic, who scored three goals of the highest quality during last week’s European tie. The attacker is an extremely versatile figure having played in five different positions for Damir Krznar’s side this season. He’s also scored 19 times and assisted a further eight, proving to be incredibly fruitful in the final third.

And it’s not like the Gunners’ options have been firing on all cylinders this year. Pierre-Emerick Aubameyang has been far from his best, meanwhile, Nicolas Pepe and Willian have only just hit form after shocking first-halves of the season.

At 28-years-old, the ace has been a late bloomer in terms of progress, but, progress in this year’s Europa League has shown that Orsic has the quality to make a difference in north London. Whether it’s a lazy rumour or something of truth is yet to be figured out, however, we know for sure Arteta is on the hunt for more attacking options this summer.

In other news, Arsenal will discuss a new deal with one figure, according to Watts.