Report: Arsenal interested in signing the ‘next Thierry Henry’ 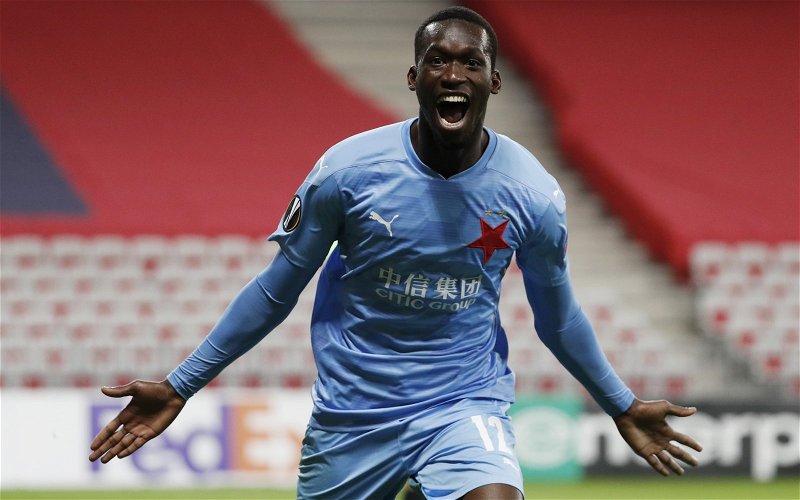 Arsenal are interested in signing Slavia Prague forward Abdallah Sima, according to a report by Calciomercato.

The Italian publication are claiming that Serie A champions Juventus are also in the mix to sign the African forward.

They are also claiming that the youngster has been dubbed the next ‘Thierry Henry’ by some at the Czech Republic outfit. 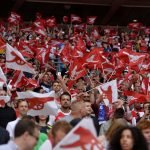 Options in the number nine place looked to be stacked at this moment in time with Pierre-Emerick Aubameyang, Eddie Nketiah and Alexandre Lacazette all vying for just one place. But, truth be told, all three pose different problems to manager Mikel Arteta.

There needs to be an entire overhaul in attack if the Gunners want to get firing again after just two goals in the side’s last six Premier League outings.

The Gabonese forward proves a world-class finisher but provides nothing else, whilst, Lacazette does everything but finish on a consistent basis. Meanwhile, the young England youth international is still young and raw in both offensive and defensive areas.

Whilst little is known about the young Senegalese forward, he proves to be incredibly sensational in front of goal. Following his breakthrough to the Slavia Prague first-team this season, he has already notched up nine goals in just 12 games across all competitions.

His finishing has been compared to legendary forward Thierry Henry, and whilst it’s still early days in his career, that’s a big comparison.

Arsenal may have the numbers upfront but they desperately lack any sort of quality. The 19-year-old could be the right mix between offensive and defensive football for Arteta if he’s willing to spend a mind-boggling €50m (roughly £45.2m).

In other news, Edu has launched a staunch defence of an under-fire Arsenal attacker.
Comment on this article
Give us feedback