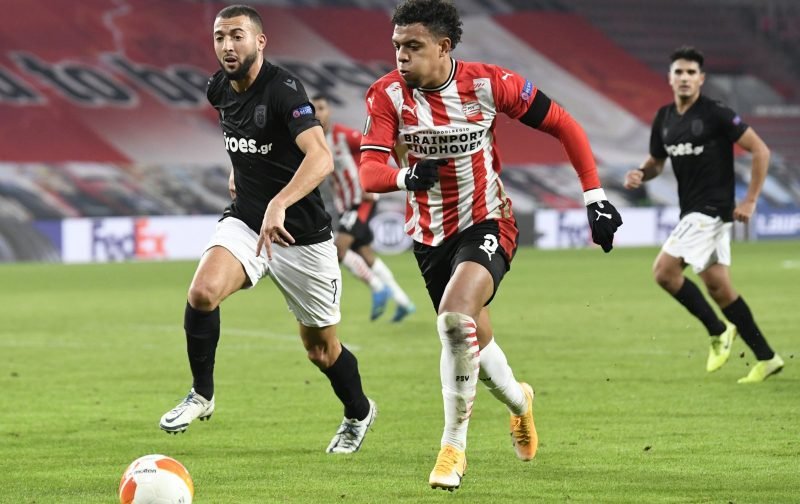 Arsenal are interested in making a move for Valencia striker Maxi Gomez, according to the Daily Mail.

The forward only joined the Mestalla outfit in the summer of 2019, however, Valencia have to sell players in order to keep afloat.

There are thought to be a number of other sides interested in signing the £31.5m-rated Uruguayan, including Wolverhampton Wanderers.

Out of all the positions on the pitch, the number nine role is fully stacked with players who can provide different qualities to manager Mikel Arteta. I don’t see the need to spend even a penny on Gomez, who may suit the Spaniard’s style yet is definitely last on the list of priority positions.

I would argue the midfield requires incomings more so than the attack. Thomas Partey’s injury and Mesut Ozil’s exclusion this season has shown that the Gunners are light in numbers in the middle of the park.

I’ve banged on about how little chances have been created this season, so I expect you know by now the need for a creative midfielder is urgent. Ozil has been frozen out and with summer signing Willian proving useless it wouldn’t be a bad idea to chase up the potential interest in Dominik Szoboszlai or Houssem Aouar.

Partey’s injury on Sunday’s left Granit Xhaka, Dani Ceballos and Mohamed Elneny as the only three players in central midfield. And to be honest, they don’t even have half of the Ghanaian’s ability when combined together.

The 27-year-old’s acceleration on the ball to carry the team up the pitch is a quality none of the trio possess. It makes the side vulnerable to constant pressure in their defensive third. Partey’s fitness issues were cleared up yesterday with Arteta claiming hell ‘miss the next few matches’, but, acquiring a new body to play alongside the towering figure is definitely a priority.

There are bigger problems than Arsenal’s strikers. Sure they aren’t firing so far this season, but that’s down to creativity behind them. Securing Gomez will do nothing to solve Arsenal’s crisis in the middle of the pitch, a problem that will see them fall out of top-four contention.

In other news, Arteta has lauded a young gun ahead of a potential rise to the first-team.