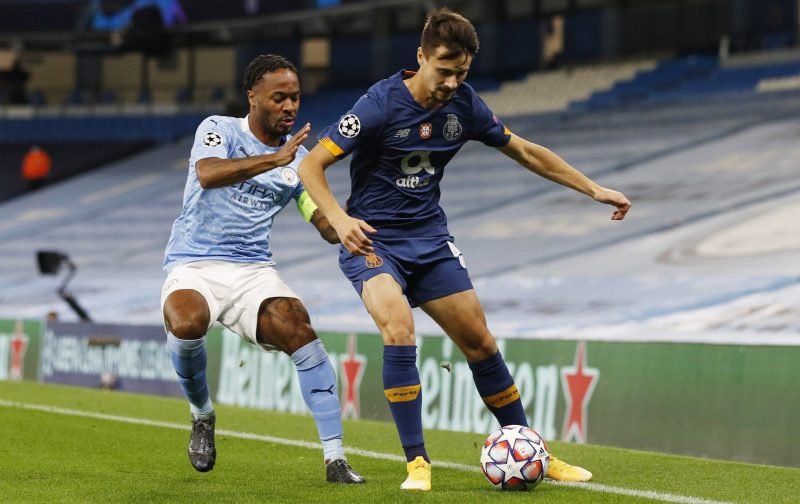 Arsenal are preparing to open talks with Porto for youngster Fabio Vieira, according to reports from Record.

The Portuguese publication are claiming that Marseille are joining the Gunners in attempting to make a move for the attacker.

It is thought the youngster has a £27m release clause in his current contract but Mikel Arteta has identified Houssem Aouar as the club’s number one transfer target.

A move for yet another youngster would continue the theme which has been building up for over the course of the last few seasons. The Gunners started off by signing young stars at the beginning of Unai Emery’s time in charge with moves for Lucas Torreira and Matteo Guendouzi. It continued with moves for Gabriel Martinelli and William Saliba, both who are highly rated.

It seems the senior players really aren’t cutting it at the Emirates Stadium this season and that youth could be the way to go. Vieira seems to be a talented youngster, having impressed in a number of games so far this season.

As well as appearing in seven of the nine Liga NOS games, the £6.3m-rated 20-year-old has also scored a goal in Porto’s 2-0 win over Olympiacos in the Champions League earlier this year. He has also shown the ability to play in a number of positions having featured in three different places across midfield.

Versatility mixed with ability is always a good sign as a young player. Arsenal possess a few of those players in the shape of Ainsley Maitland-Niles and Bukayo Saka, and adding more to the squad will only increase the quality in the squad and on the pitch.

In other news, Edu has launched a staunch defence of one under-fire ace.