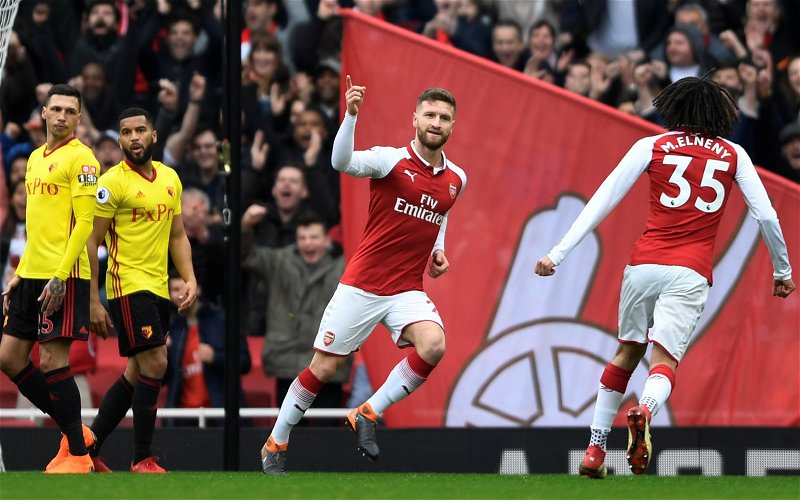 Arsenal are in talks with Shkodran Mustafi to terminate the Germany international’s contract early, according to Chris Wheatley.

The move follows the termination of Sokratis Papastathopolous’ deal as well as the exits of Sead Kolasinac and Mesut Ozil earlier in the month.

Mustafi has rarely featured this season and has played just three times in the Premier League, last coming off the bench in the 3-1 win over Chelsea.

It’s a move which follows on from what is already proving to be a pretty successful transfer window from the Gunners following earlier exits from the club.

Mustafi has rarely shown his class during his time with the club and an exit has been on the cards for a while now. However, with his exit seemingly close he will free up yet another spot on both the wage bill and the Premier League squad.

He showed his poor quality last month during the clash with Manchester City as the Gunners were thumped 4-1. Mustafi switched off as a cross came into the box, allowing Gabriel Jesus to plant home a header for the opening goal of the game.

It was just another example as to why the £10.8m-rated defender shouldn’t be anywhere near the club in what has been a topsy-turvy spell at Arsenal since he joined back in 2016.

Overall, January can be thought of as a successful period in the club’s season. Players are being moved on while being replaced by more reliable and young acquisitions. However, questions need to be asked as to why this project to get rid of half the squad wasn’t done in the summer.

In other news, Kevin Campbell has tipped this ace to move to a top-six club.