Report: £8.10m-rated ace open to move away from Arsenal 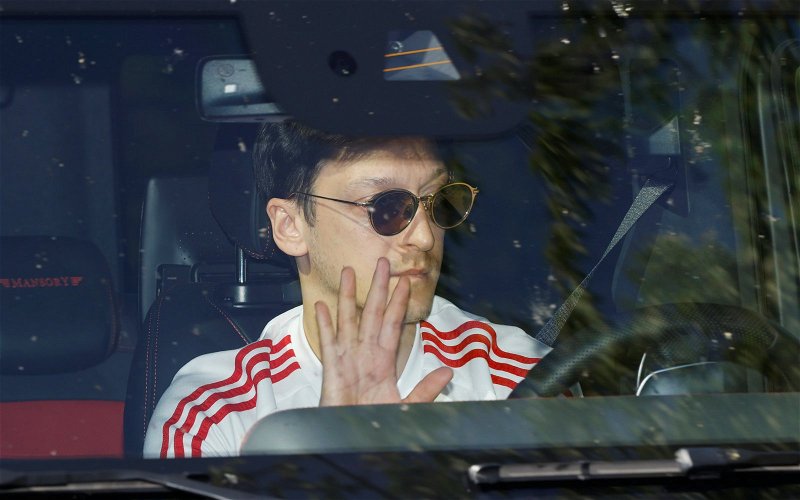 Mesut Ozil is open to accepting a move to the MLS in the January transfer window, according to DHA.

DC United are said to have made an offer for the German, thought to be the most serious offer which the 32-year-old has received so far with the player thought to have a positive view of the offer.

Ozil has been missing from the Arsenal first-team this season after he was left out of the Premier League and Europa League squad.

Given how badly the relationship between the Gunners and the former Germany international currently is a move away could well be the best thing for both parties. It seems Mikel Arteta has made his decision regarding the playmaker and that’ll a return to the side is wholly unlikely.

Jamie Carragher claims that the north London outfit don’t require the midfielder as he questioned whether Arteta and the two previous managers were wrong for not backing the ace.

It’s an interesting concept in all fairness. The idea that three coaches, as opposed to one, see a problem with the player suggests that there could well be problems behind the scenes. Arsenal have done their best to build a comradery since the arrival of the former Manchester City coach. The last thing needed is the £8.10m-rated ace proving disruptive as the Gunners go chasing their goals.

Arsenal are finding it hard enough to compete on the pitch as it is with just four wins from their 11 league games so far. Having extra issues to deal with will further damage any slim chances they have of reaching the Champions League this campaign.

In other news, Arsenal are competing with Tottenham for the signing of a Serie A midfielder.