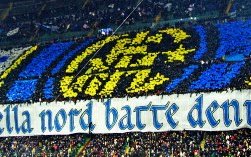 The season might only be few months old in terms of the calendar, but with high expectations for some players when it comes to this year’s Golden Boot battle – here’s who stands out so far.

2016/17 failed to see six players break the 20 goal mark and had they done so it would’ve been the first time since 1994/95 that so many players had managed to do so – so credit to Harry Kane, Romelu Lukaku, Alexis Sanchez, Diego Costa and Sergio Aguero for getting over the line and whilst Dele Alli will be disappointed to not make it six, many will look at Zlatan Ibrahimovic who obviously ended his season early with injury only three away from being that sixth player.

It’s worth remembering getting five players over the line is still some achievement as back in 1994/95 the top flight was a 42 game division and the Premier League has only got close with five scorers once since then, notching up five back in 2009/10.

With all but two sides playing 22 games so far in the 2017/18 campaign I’ll limit the table to those with six or more strikes so far this campaign.

For clarity this is accurate as of 6pm on 4/1/18 and doesn’t take into account last night’s clash between Tottenham and West Ham.