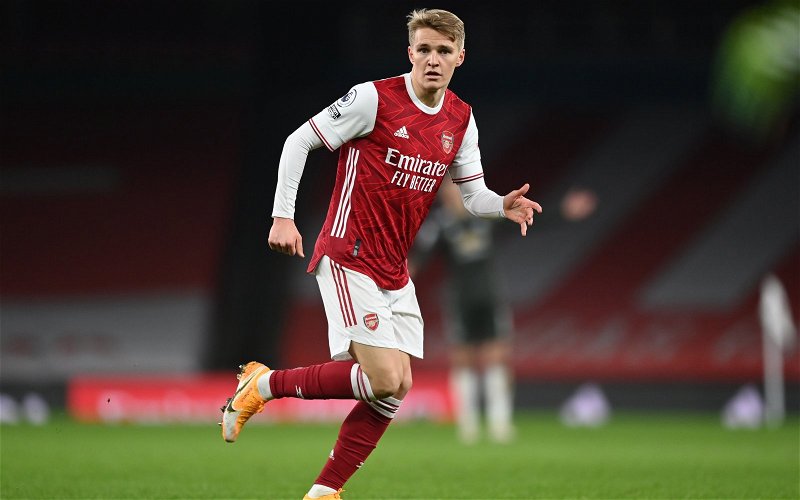 Freddie Ljungberg has voiced his surprise over Arsenal’s signing of Martin Odegaard which he claims has stunted the progress of Emile Smith Rowe.

The Norwegian joined the Gunners on a short term loan deal without the option of a permanent deal from Real Madrid and has since replaced the Hale End academy product in the number 10 position.

Speaking to Sky Sports (via football.london), the Swede claimed that the transfer of Odegaard is stunting Smith Rowe whilst developing the Norway international for the Spanish giants.

Ljungberg said: “I think Odegaard is a great player, don’t get me wrong, but if you have young players in kind of the same position that you want to develop, take someone in on loan that you don’t have the buying option for to develop for another club, I don’t understand that.”

Whilst you can understand the context in which the comments were made by Ljungberg, it’s a wrong analysis by the Gunners legend.

Smith Rowe was in sensational form for the north London outfit in Sunday’s clash with Tottenham Hotspur, ending up as the side’s man of the match as he tore shreds out of Matt Doherty with Kieran Tierney.

However, given how the newly-announced Norway captain has performed in the number 10 position in last Thursday’s Europa League tie with Olympiacos you can understand the Swede’s comments. The 23-year-old proved incredibly frustrating on the ball, passing and moving the ball far too slowly compared to the Croydon-born youngster.

But with Arteta having found a formula and formation that works for the Reds, you feel it would be best to trust the judgement of the Spaniard in these situations.