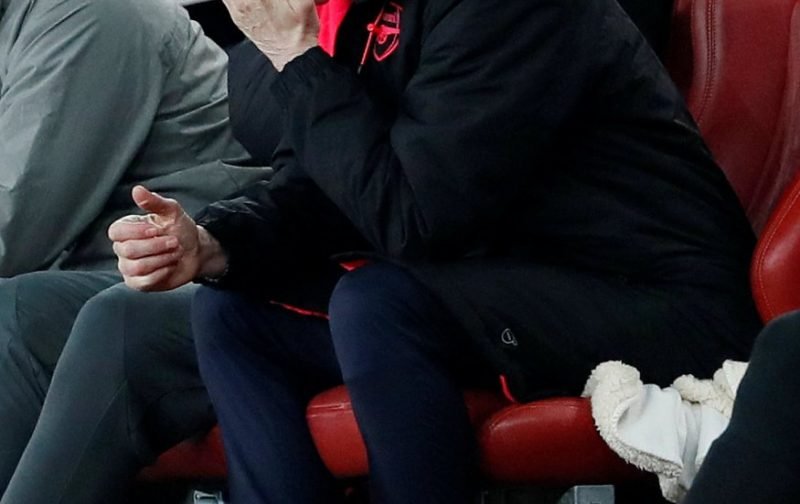 Arsenal’s search for a first away point in 2018 continues following defeat to Newcastle United on Sunday.

Travelling to St James’ Park to face off against Rafa Benitez’s side, Arsenal couldn’t have started more brightly with Alexandre Lacazette finding the net after 14 minutes had been played.

The Gunners continued to misfire and blew the chance to double their lead and then some typically lax defending allowed the hosts back into it as Ajoze Perez scored just shy of the half-hour mark. Matt Ritchie was the next to find the net in the second period and despite dominating chances, a failure to get many on target saw the side slip to a 2-1 defeat.

Speaking to the Official Site as he met with the media following the game, Wenger knew the 90 minutes had again been a testament to ‘the story of our season’ as we continue to be the only side in the top four professional tiers to have not won an away point in 2018.

The game did see us become the fourth side in the Premier League to score 100 times in 2017/18 though.

“We didn’t put our chances to bed and made unbelievable mistakes. It’s been the story of our season, 70% possession, 1-0, lots of chances, and then you wonder how you lose the game.”

Arsenal have now lost five straight away games in the league for the first time since December 1984 and we have equalled our worst tally of defeats in a single season going back to 2005/06 where we also lost 11.

Newcastle also saw us concede one more goal than the entirety of 2016/17 and we still have games remaining. Only in 2011-12 did we concede more under Wenger (49).

“There’s a difference between the performance and the result because I felt we played very well in the first half especially and should have put the game to bed. In the second half I felt the team played with a good spirit but you could see that some players had played on Thursday night, especially late in the game.”

“That is a little bit subconscious and psychological as (Europe) is a different competition, the history is not the same weight and that shows you how difficult the game is because the rationality is not always there, but certainly in our minds it plays a part.”

Social media had the expected reaction as frustration was once again the watchword for fans.

12 yrs since we've lost to Newcastle
0 point away from home in 2018
2 pts ahead of 7th spot
14 pts away from 4th spot
33 pts away from 1st spot
45 goals conceded in 32 games
WORST EVER!
If you still think Wenger should keep his job beyond may then you're insane !! #WengerOut

I keep thinking that the board will change their ways and let him go already. Trouble is they consider the job he is doing as a good job. Our defence though, really!

Don’t worry everyone, wenger will get a new 2 year contract. This may not matter at all but why is he resting players when are next europa league game is in 11 days. Just stupid decisions like this is why I have lost all faith in this clueless man.

If we don’t win the semi-finals in the europa then that honesty has to be it. I always lose my passion as an Arsenal fan towards the end of the season because of ridiculous results like this. There is absolutely no reason to lose these games even if it doesn’t mean anything.

Still the ONLY TEAM in the TOP 4 LEAGUES in England to have got ZERO POINTS away from home in 2018. Same old arsenal ????????
WENGER OUT.

Arsenal is the only team Premier League team without a single away point in 2018. #WengerOut! Please

did you see the potential of Auba and Laca together? we have a chance of great things next season if we change manager

If we lost to Newcastle imagine what Atletico can do to us???????? pic.twitter.com/OYS22Bs9bK

#wengerout is only going to grow this summer unless something few expect happens against Atletico Madrid.