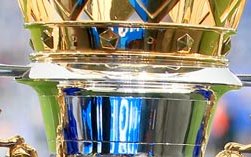 Well the new season is definitely upon us as we go into October, and amongst the 10 most successful English sides in football history – there are a number who are unlikely to add to their tallies in 2016/17.

Liverpool clearly lead the way with 41 major domestic and European trophies, given their haul of 18 league ties, seven FA Cups, eight League Cups, five European Cups/Champions League titles and three UEFA Cups – but they are by no means alone in success when it comes to English sides in history.

Sir Alex Ferguson’s Premier League dominating Manchester United come in second in the table with 20 title wins, 12 FA Cups, four League Cups, three European Cups/Champions League titles and one European Cup Winners’ Cup and then we get into the successful, albeit less so, likes of Arsenal with a total of 29 trophies, Chelsea with 21, Aston Villa in fifth place (for Vital Directors!) with 20, Tottenham Hotspur on 17, Everton 15, Manchester City 14, Newcastle United 11, and Blackburn Rovers 10.

Clearly Manchester United dominate top flight league titles, as shown above, but Arsenal lead the way in the FA Cup prize as many will know. Below are the full totals.