Money Troubles For The Premier League? 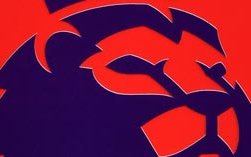 It’s being reported that Premier League chief Richard Scudamore has been a busy man so far this week as he tries to end overseas rights sharing in the top flight.

The BBC were reporting yesterday that Scudamore had embarked on a week of ‘lobbying’ ahead of next Wednesday’s Premier League meet in London and following pressure from the six richest clubs in the top flight, he’s proposed ending the equal share of international broadcasting rights.

The £3billion international deal is worth £39million to top flight clubs for the 2016/19 period but Scudamore’s new plan would see 35% of future revenue divided based on final league position.

This has obviously been met by resistance from the remaining 14 sides.

Some contracts for the 2019/22 period have already been signed and they have shown significant increases once again, but to change the rules in the top flight 14 clubs need to be on board when it comes to a vote.

The report also carries a throwaway line that the ‘Big Six’ were ‘spooked’ by Leicester City’s win back in 2015/16 but this would be the first real financial change in the top flight going back to 1992 when it was rebranded and Scudamore has his work cut out if such a change is going to be ratified.

The Premier League are also mindful of finding a compromise ahead of the next domestic rights negotiations as if the ‘Big Six’ are blocked when it comes to an international change, there would be uncertainty on how they would respond to that moving forward.

However, some would argue that a handful of clubs shouldn’t be able to dictate in this matter and the Premier League should be looking out for all member clubs rather than the richest.

Others would naturally point out that the ‘Big Six’, having a greater pull, should see that pull better rewarded.

Next Wednesday could be an interesting day in Premier League life.