Mkhi Makes Himself Feel At Home 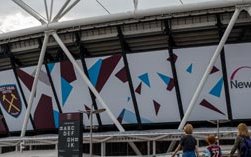 Henrikh Mkhitaryan stayed behind for an extra striking practice this week and it’s caused a bit of a kerfuffle.

The 29 year old had finished training for the day earlier this week but the Armenian stayed behind with the strikers to take in an extra session.

The difference being that instead of joining the strikers to hit the ball into the back of the net, he took over ball delivery from the coaches and played the passes himself.

Apparently that has now become a talking point, but it makes sense to me, he’s still new to the club and adjusting to his new colleagues so if he spends more time watching them run and works out how to deliver on that basis then the fact he wasn’t shooting doesn’t mean he wasn’t actually taking a benefit himself does it.

Manager Arsene Wenger seemed a little perplexed as well and the Metro quote him saying that he felt it was perfectly ‘normal’ and he wasn’t quite sure what the issue was.

‘He’s professional. He has a very professional attitude and overall I think that is what you want from every player. I am not surprised about that because I find that absolutely normal.’

I’m completely with Wenger on that one.