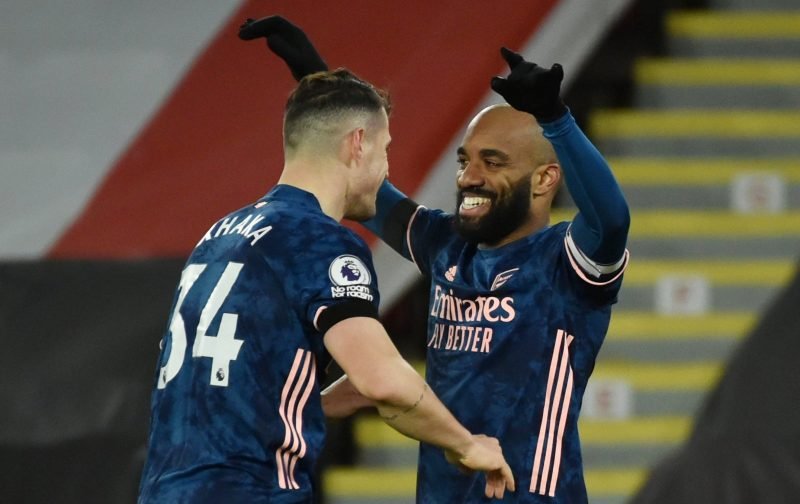 With Arsenal having entered one of the most important weeks of their season, crucial decisions are still to be made by Mikel Arteta ahead of Thursday’s Europa League tie against Slavia Prague.

What tactics are best to counter a team that are yet to lose at home this season? How does the team recover from conceding a last-minute goal in the first leg?

Or the most important of them all, who starts at left-back after the news surrounding Kieran Tierney’s knee injury? 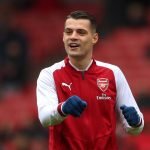 Well, the Spaniard may have given supporters a sneak peek at who will start on the left side of defence during Sunday’s win over Sheffield United.

Granit Xhaka was the man entrusted to play on the left flank, however, it wasn’t exactly as a conventional left-back with his positioning changing throughout the encounter against the Blades.

During Arsenal attacks, the Switzerland international would form part of a three-man backline alongside Pablo Mari and Rob Holding with Dani Ceballos being asked to fill in just ahead of the midfielder as a sort of left wing-back.

However, during opposition attacks, Xhaka played as a more conventional left-back, forming part of a four-man defence in a more Tierney-esque role.

It proves an interesting move from the former Manchester City assistant coach especially due to the threat of Prague’s right-winger, Abdallah Sima. The African ace has proven to be a sensation this season, scoring 19 goals and assisting a further six in all competitions as he’s torn apart opposition defences.

The worry is that the 19-year-old isolates the Swiss player during potential counter-attacks, in what could prove to be a worrying sequence of events for the north London giants.

We’ve already seen during the 29-year-old’s last stint at left-back how badly wrong it can go with the ace having gifted Crystal Palace a penalty and a late equaliser back in 2018 following a counter-attack led by Wilfried Zaha.

Whilst Xhaka looked the part against the Premier League’s basement club, it’s hard to see how playing him against Slavia Prague’s pacey counter-attack is a good idea.

In other news, Arsenal are interested in signing a Premier League attacker.