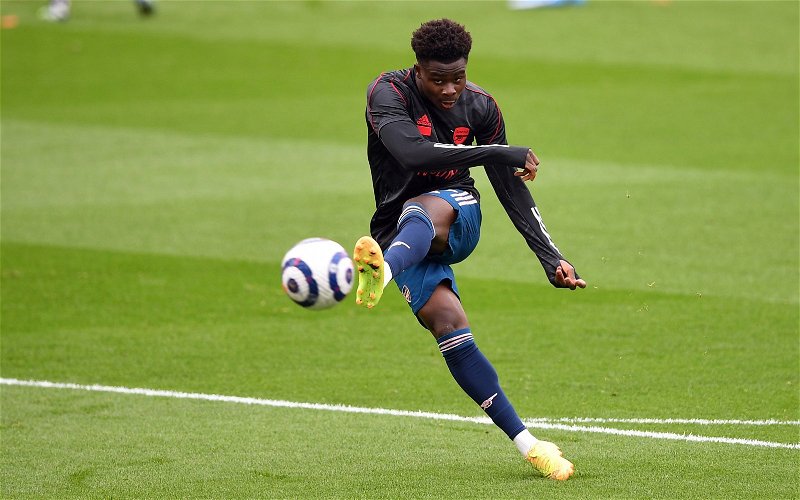 With Kieran Tierney potentially out for a ‘number of weeks’, Mikel Arteta will be searching for a quick solution to his lack of left-back ahead of the Europa League tie versus Slavia Prague.

After losing 3-0 to Liverpool last weekend, the Gunners sit a mammoth 10 points off fourth-placed West Ham after the Hammers notched up a 3-2 win over Wolves on Monday evening.

The hopes of a top-four finish seem to be evaporating quickly thus leaving Europe’s second-tier competition as the club’s only realistic hope of a Champions League return.

Tierney has been a crucial cog in the Gunners machine this season with his defending and, more importantly, attacking down the left flank. His absence for the remainder of the campaign could be detrimental, but, Arteta already has a ready-made solution at his disposal.

Bukayo Saka has filled in at left-back in his short career in the professional game and would prove a better option than Cedric Soares, who simply doesn’t possess the quality to fill the void.

Being a right-footed player, it’s noticeable that the Portugal international struggles using the ball adequately when asked to fill in for his Scottish teammate. His mistake against Aston Villa is just one example of his inability to fit in on the left.

However, with Saka, who has been labelled a ‘game changer‘,  being a left-footed player, he would fill in seamlessly for Tierney, and with his attacking prowess, there would be no worries over his ability to deliver in the final third.

Tierney’s injury is a bitter blow for the Gunners, however, Saka must play in place of the 23-year-old rather than Soares, who has proven a liability in his short stint at left-back.