‘Let him develop’: Mikel Arteta calls on supporters to be patient with ‘talent of the century’ 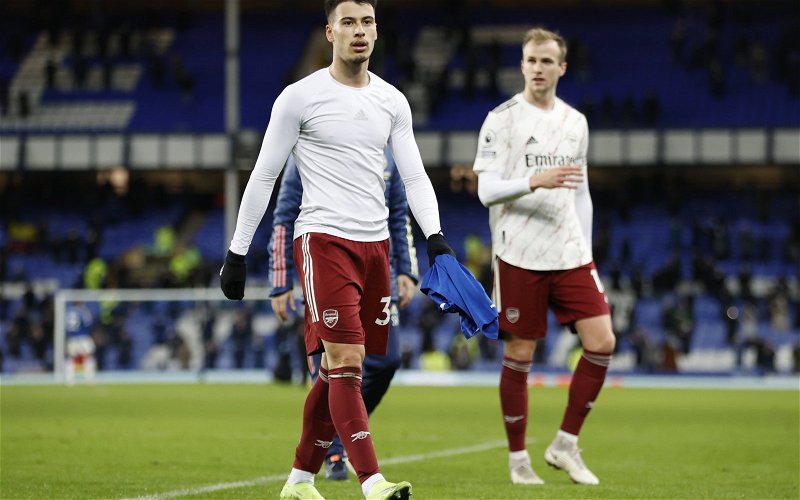 Mikel Arteta has called on Arsenal fans not to expect too much from the returning Gabriel Martinelli.

The Brazilian returned to first-team action for the first time since March when he played the final 19 minutes in the defeat to Everton.

Prior to the Carabao Cup tie against the Citizens, the Spaniard claimed whilst he has the ability, putting pressure on his shoulders isn’t ‘fair’.

Arteta said: “We cannot put that pressure [of being the club’s ‘saviour’] on his shoulders. It’s not fair for him. He brings that enthusiasm that the fans can see because he’s got something special, a special energy every time he steps on that field.”

“But remember that Gabi, what he’s done in the Premier League the time that he’s been with us is very limited. Let him develop, like we are doing with many other young kids that we have here.” (via Arsenal)

The return of the energetic youngster was one of the only positives last weekend. Arsenal have struggled with consistency, especially in wide areas and with Martinelli back there can finally be some form of natural width on the left side.

Pierre-Emerick Aubameyang has been tasked with playing on the left-wing by Arteta, however, he’s not an out-and-out winger, hence why he’s struggled so badly. Meanwhile, the 19-year-old thrived out there for the Gunners last season, contributing five goals from 14 appearances across all competitions.

However, the Brazil youth international has also proven to be incredibly useful when asked to track back and fulfill his defensive responsibilities. Last season, Martinelli averaged the third-most tackles per game of any Arsenal attacker during their Europa League campaign. His energy and desire to win the ball back is huge and adds a different dimension compared to some attackers.

Arteta is right, we shouldn’t put too much pressure on such young shoulders. While having a player, once labelled the ‘talent of the century’ by Jurgen Klopp, of his quality back among the squad is great, he’s too young to expect an instant impact, especially after a long-term injury.

In other news, Arsenal have opened contract talks with one player.