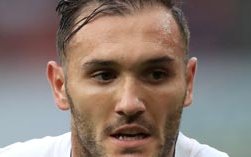 Owing to Leicester City’s continued involvement in the FA Cup this season, our game against them in March has been postponed and requires a new date.

The original game was scheduled for Saturday March 17 but with Leicester City taking victory over Sheffield United in the fifth round stage last weekend, that date now needs to be vacated with quarter final ties taking precedence that weekend.

Discussions with between both clubs will assess potential new dates and then the Premier League will ratify the pick and fans will be informed in due course.