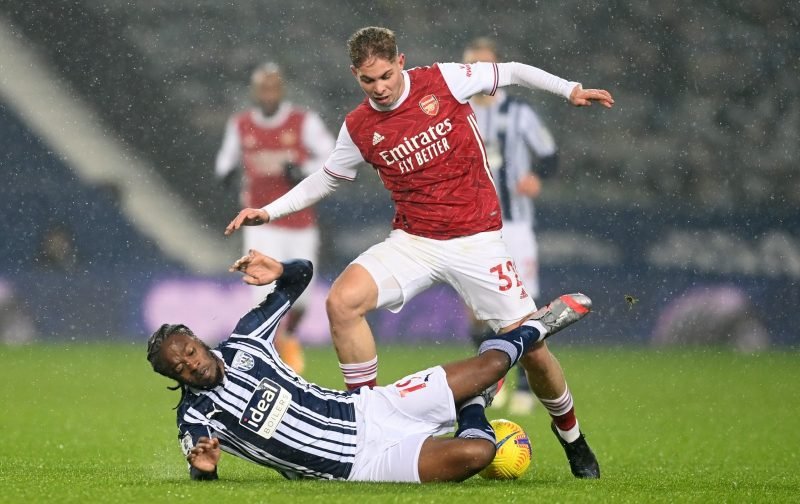 Emile Smith Rowe was searching for some regular first-team football and was thus sent off to Germany on a half-season loan deal.

Back then, Red Bull Leipzig were keen on securing the youngster on a temporary deal with the chance of securing him permanently if they wished to do so. No one knew then, but, the decision Arsenal would make changed the whole outlook of their future attack.

The Gunners rejected the clause request from the Bundesliga outfit, claiming they rated the Croydon-born youngster highly and thus wanted to keep him at the club. So, Smith Rowe was only sent out for six months, however, struggled for game time having been struggling with fitness issues.

Fast forward to 2021 and you’d argue the 20-year-old is one of the first attackers on the team sheet having produced some stunning performances in recent Premier League outings. The ace has notched up two assists in just three starts in the top-flight and at such a tender age will only get better.

His passing and moving ability are a level above some of the senior players like Willian and Nicolas Pepe, who struggled prior to the England youth international’s introduction.

It’s nice to see that Arsenal learnt from the disaster transfer that was Serge Gnabry’s move to Werder Bremen. The Germany international has gone on to become one of the hottest wingers in world football with his performances for Bayern Munich. It’s left those associated with wondering what could’ve been had they retained the 25-year-old.

Learning from past mistakes is one of the biggest changes the north London outfit need to undertake. You can’t keep making the same mistakes and expecting a change in fortune. Keeping the £2.43m-rated Smith Rowe may just be the greatest move the club have made in recent times.

In other news, Chris Sutton has been waxing lyrical about one player after the West Brom win.