‘It’s for us to learn’: Hector Bellerin lashes out at Gunners teammates after Wolves collapse 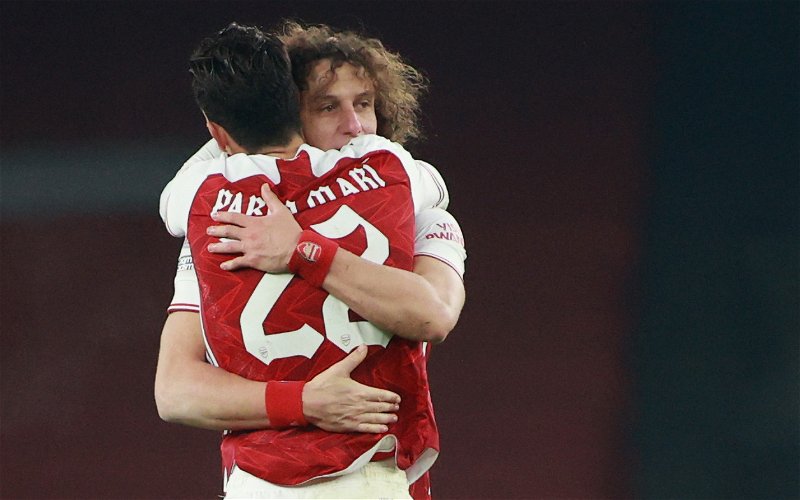 Hector Bellerin has claimed that Arsenal are losing against themselves after the Gunners dropped three points versus Wolverhampton Wanderers.

Mikel Arteta’s men took a 31st-minute lead thanks for a superb solo strike from Nicolas Pepe, who scored his second goal in three games, however, were hit back by two efforts either side of half-time from Nuno Espirito Santo’s men.

Speaking to the club’s website, the Spaniard hit out at his fellow teammates, professing the side have picked up too many red cards.

Bellerin said: “One hundred per cent [we’ve had too many red cards]. We’ve shown that when we’re 11 against 11 on that pitch, it’s completely different. I always say that teams are not beating us, we are losing against ourselves. It’s for us to learn. Hopefully, this will be the last time.”

In a strange way, the Barcelona academy product is right. The Gunners aren’t exactly losing to other teams as much as they are losing to themselves.

Despite the fact yesterday’s sending off was a horrible decision, the move which left Arteta’s side ruthlessly exposed was as a result of David Luiz being out of position. It’s these small differences in games which make a huge difference as the Gunners left Molineux Stadium empty-handed despite dominating.

And it’s not the first time stupidity has cost the north London giants three points, Cast your mind back to December when Arsenal were in the midst of a shocking run of form and Granit Xhaka decided to headbutt a Burnley player. Pepe had his own brain-fart in the lucky draw away to Leeds United after head butting Ezgjan Alioski.

You can’t expect to pick up many points, if you are continuously shooting yourself in the foot all the time. Far too many times this season, brain-dead decision-making from the players have cost the club and it needs to stop if there’s a seriousness about finishing in the top-four.

In other news, Arsenal were left disagreeing with this player’s January transfer choice.