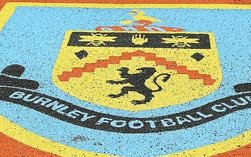 Following yesterday’s clash between Burnley and Arsenal, here are the instant reactions from both managers.

Burnley hosted Arsenal at Turf Moor on Sunday November 26 and the visitors took a one nil victory courtesy of a stoppage time penalty strike from Alexis Sanchez in the 92nd minute.

Not only was the game a repeat of last season’s clash at the Emirates where the Chilean international scored in stoppage time from the penalty spot (98th minute), it’s now the third straight time Arsenal have bettered Burnley by hitting a stoppage time winning.

‘It is a coupon buster. I don’t think anyone would put a bet on that. I have told the players we continue to develop, we continue to move forward. I have also told them this is the reality. Football is a harsh game and sometimes it hurts you. There is a lot of me inside that is raging a lot. It was highly unlikely it was not going to get given on a day like today, that’s all I will say.’

‘From outside it looked 100% a penalty. I don’t know why he pushed him in the back. I would like to see it again.’

‘It is early, the table changes from one week to another. We wanted to win away from home and we did it. Let’s focus on the next one.’