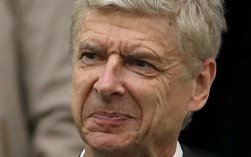 Following today’s clash between Arsenal and West Ham United, here are the instant reactions from both managers.

Arsenal hosted West Ham United at the Emirates Stadium for a 7.45pm kick off on Tuesday December 19 for the League Cup Quarter Finals, with the hosts taking a narrow one nil victory courtesy of a Danny Welbeck strike shortly before the half time break.

‘I felt we played with quality and spirit and pace in the first half. Overall for 90 minutes we looked solid defensively and weren’t tested at the back too much. Tested, but not in danger. Second half we lost a bit of pace and were less creative and then couldn’t the game off. So it was down to not making a mistake. Overall it’s a positive night for us, other than we lost Olivier Giroud. Francis Coquelin looks less problematic, but Giroud looks to be out for Friday night.’

‘Our performance was honest. What we lacked was quality. We played Arsenal over two games and we conceded one goal and it wasn’t an Arsenal-type goal. The goal could have been better, but the players worked hard in both games. We didn’t play well enough but we were never out of the game.’