‘I wanted him on the pitch’: Mikel Arteta hits out at crocked ace after loss 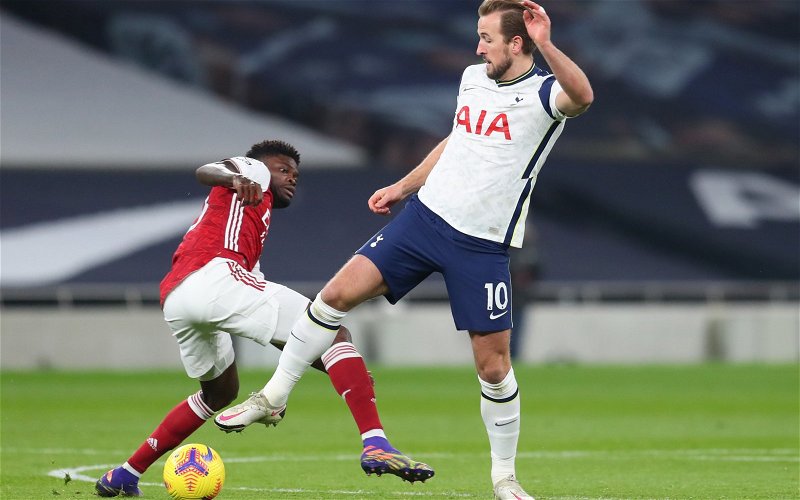 Arsenal manager Mikel Arteta has hit out at Thomas Partey after the Ghanaian’s actions during the side’s 2-0 loss to Tottenham Hotspur.

The midfielder pulled up to the sideline injured as Jose Mourinho’s outfit counter-attacked the Gunners’ defence.

Talking about the situation in his post-match interview, the Spaniard claimed that he wanted Partey on the pitch.

Arteta said: “Thomas is out, he’s limping, he’s in pain, he has to come off and we lost a man in that crucial transition moment. I wanted him on the pitch, doing whatever he could for the team in that situation. No one expected him not to be in that position.” (via Sky Sports)

Whatever happens on a football pitch, it can never be so bad that you need to walk off it during a defensive play. It was the most naive piece of football I have ever seen on a field, an incredible lack of professionalism from the 27-year-old. And due to his brain-dead actions the Gunners conceded a goal in what up until that point was a pretty tight affair.

With a packed festive fixture list on the way, playing Partey in the Spurs games was a huge risk from an Arsenal point-of-view. There are more winnable games on the horizon that the former Atletico Madrid man could’ve featured in to win his side points.

Arteta will need to take the blame for rushing the player back too soon. The Emirates Stadium giants will now be humstrung going into a period of the season which sees them play six games in just 19 days, a game every three days on average.

Poor professionalism to missing a crucial part of the season, Arsenal’s season has gone from bad to worse. Just how they recover from this is anyone’s guess.

In other news, Arsenal have been linked with making a move for a La Liga defence.