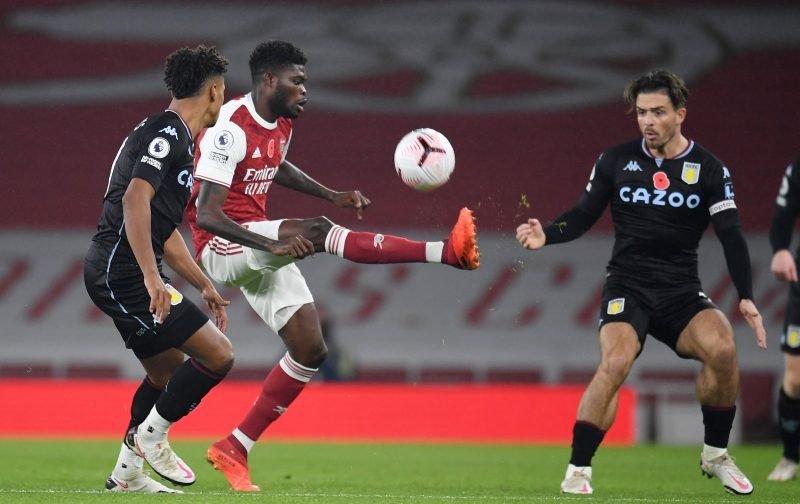 The Ghanaian has enjoyed an injury-disrupted season since his £45m move from Atletico Madrid last summer, making just 21 appearances out of the 35 games across all competitions.

Speaking on his podcast, the club legend, famously dubbed the ‘invisible wall’, claimed his former club have been a missing player like the African.

Silva said: “He’s the kind of player that helps the others perform. Because he’s in the position where we spoke a lot that Arsenal need a player like him, for a long time without Partey they were missing this player in this position, and they’ve found him.”

“Look at his performance and the way he played, giving balance at the back and for the guys upfront. He gives a good stability in the middle of the park, which is so important for Arsenal.”

“He’s the kind of player in my opinion that improves the other performers. Because, he was so stable, but also helping the others with his experience, how he positions himself and how he gets the balance in the position and he helps others. Looking at him, I say wow. I think Arsenal are now very well-served in this position.”

For years, Arsenal were accused of being weak or, in extreme cases, being a team of ‘son-in-laws‘ in one of the most embarrassing moments for the north London giants. It was Graeme Souness who delivered such a brutal blow when discussing the Gunners’ midfield prior to the team’s clash against Manchester City a few years back.

However, with the powerhouse at the centre for the outfit, Mikel Arteta’s men have proven far more solid, especially at the back. Despite the struggles in the Premier League, the side have conceded just 28 goals in the top-flight, the fourth-least in the division.

However, it’s not just solidity at the back which has improved under the stewardship of the towering ace, but also the power moving forward. Partey averages the second-most dribbles in the league for Arteta’s men, a show of his ability to carry the ball forward.

Despite all the pros, there is a slight worry of the star’s fitness. Prior to his arrival in N5, the 27-year-old had missed just six games during his time with Diego Simeone’s team. That number has almost tripled in just under half a year since his transfer from the Spanish capital.

Arsenal found a gem in the shape of Partey, however, his injury-plagued season asks more questions than his transfer answers. Moving forward, you’d hope the £40.5m-rated man can remain injury-free in order to continue stamping his authority in the middle.

In other news, Mikel Arteta has spoken out against footballing federations for this occurrence.