‘I got so annoyed’: Tony Adams fumes over Arsenal’s decision to sign trio of first-team stars 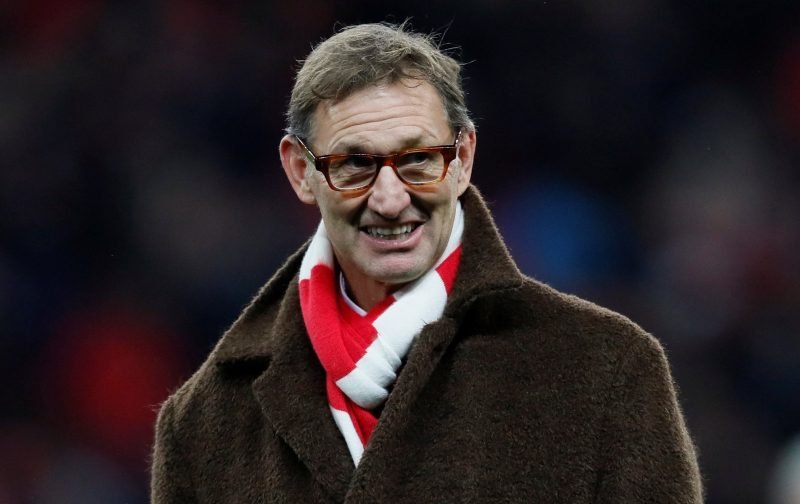 Tony Adams has voiced his discontent over the signing of Martin Odegaard, Willian and Nicolas Pepe after Arsenal’s win over Leeds United.

The Gunners cruised to victory over Marcelo Bielsa’s side with the Norwegian youngster starring in midfield, whilst the Brazilian made an appearance off the bench and the Ivorian failed to come on.

Speaking on coverage of the clash, the former Highbury favourite claimed Odegaard wasn’t required, whilst Arsenal had youngsters prior to the signing of the two wingers.

Adams said: “To be honest, there’s an argument that you don’t need Martin Odegaard. I got so annoyed that we bought Pepe and Willian in when you’ve got two kids [Emile Smith Rowe and Bukayo Saka] bursting into the team. As the sporting director of Arsenal, you wouldn’t be getting Odegaard in, you’d be getting good, strong defenders into the team instead.” (Premier League productions via Independent)

I’d love to give the former club captain the benefit of the doubt, but in all honesty, this is some of the worst comments I have ever seen about the club’s transfer activity.

Whilst Emile Smith Rowe and Bukayo Saka have impressed during their time in the first team, Pepe was signed at a time when the club needed a winger desperately. The two youngsters weren’t at a stage of their careers where you thought they were consistent first-team starters.

Meanwhile, Arsenal showed in the first half of the campaign that extra creativity was desperately needed. The side was languishing in the bottom half of the table with goal-scoring proving a real issue for Mikel Arteta. It was only the introduction of the Croydon-born youngster which sparked life into the team.

However, it would have been foolish to expect him to carry the mantle for the remainder of the campaign, hence why the Real Madrid man made the move to N5.

I’ll hold my hands up regarding Willian and profess, I completely agree with Adams about the former Chelsea man. There was no need for the winger and the fact he was given a three-year contract is one of the worst decisions in the club’s recent history.

In other news, a La Liga side are interested in one Arsenal player.