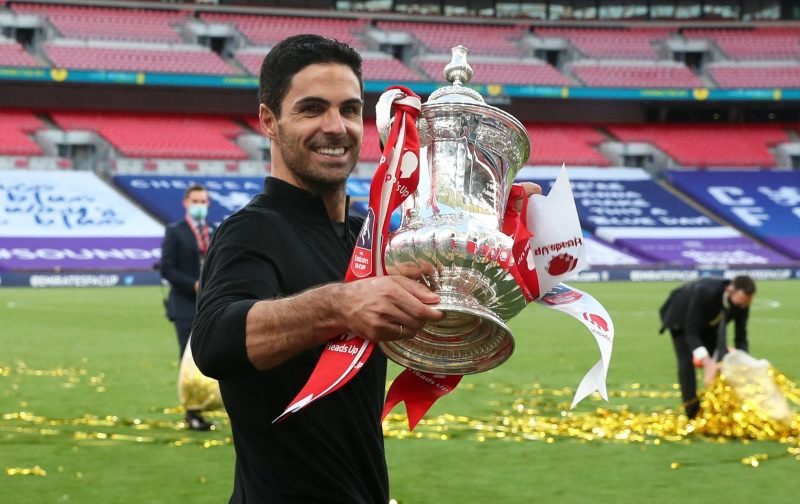 Laura Woods has given her backing to under-fire Arsenal manager Mikel Arteta as the Gunners continued their inconsistent start to the season.

The north London outfit could only draw to Leeds United a result which saw Adrian Durham question the Spaniard.

Appearing on talkSPORT, the presenter claimed that the former Manchester City coach is undoing the bad work that has been at the club for years before his arrival.

Woods said: “I don’t have itchy feet at all with managers. I think when they brought him [Arteta] in it was going to be an unpicking of the bad work that had been done for a number of seasons.”

“The end of Arsene Wenger’s reign, Unai Emery’s time there as well, bad signings, bad investment, it was going to take a lot of time. There is a lot of deadwood in that club that he needs to get out, needs to bring the right players in and he needs the right investment.” (via talkSPORT)

Anyone questioning Arteta needs to have a good, hard, long look at themselves. The Spanish coach is the perfect man to take the club forward as seen by his success in the FA Cup in his first year of professional management.

There are many coaches who will probably go throughout their managerial careers and fail to win a trophy, nevermind doing it in their very first season as a manager. The former Manchester City man even defeated his former club and Chelsea on the way to the trophy, both who were far superior opposition last season.

However, it’s the very quick implementation of his tactics and style of play which has caught my eye. Under Emery, there was no doubt Arsenal struggled to do the basics, even struggling to defend at times. The away game at Watford still gives me nightmares to this very day. To concede a mammoth 31 shots on your own goal, whilst having a mere seven is criminal, to say the least.

But, such problems don’t exist under Arteta, who has led the club to six clean sheets in their last 15 away games, the same amount as the club had kept in their previous 44 away fixtures.

The success mixed with a marked improvement in the side’s defending points to one direction for 38-year-old and the Emirates Stadium outfit and that is to more major trophies. Arteta is under no pressure at all at this moment in time and is only the club in the right direction.

In other news, find out which Ligue 1 player Arsenal are targeting as a replacement for Houssem Aouar.