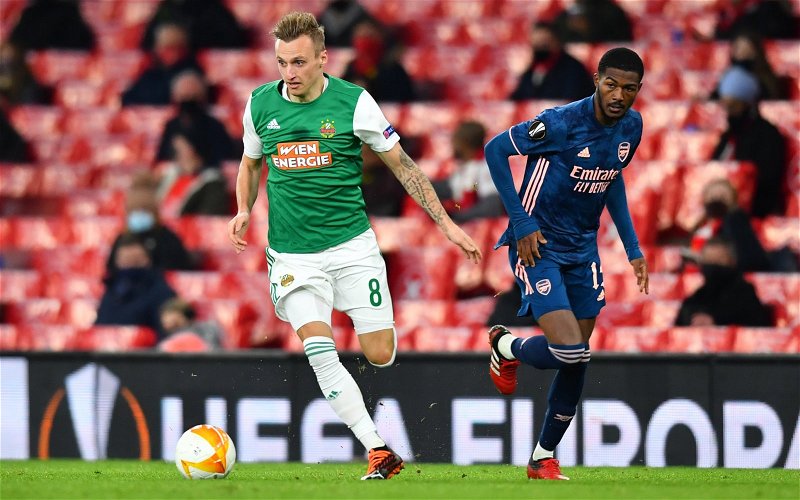 Kevin Campbell has slammed Mikel Arteta’s decision to leave Ainsley Maitland-Niles out of the side for the defeat to Tottenham Hotspur.

Following his performance against Rapid Vienna, where the midfielder assisted Emile Smith Rowe’s goal, the Englishman was left out of the 11 for the clash with Jose Mourinho’s men.

The former Highbury attacker seemed furious with the decision from the Spaniard as he claimed he’s baffled as to why the manager refuses to use the player.

Campbell said: “We’ve seen him do a job at left-back, centre midfield and right-back. But he doesn’t even get a chance in the team. That I can’t understand.” (via Highbury Squad)

Arteta’s continued failure to incorporate the 23-year-old into the starting XI could see the search for opportunities elsewhere if he doesn’t get them in N5.

With many players in the team failing, it is a surprise that the Spaniard fails to start a player he worked so hard to keep in the summer. Maitland-Niles was subject to interest from Wolverhampton Wanderers and if not for Arteta’s desire to keep the player, he would’ve moved on.

It’s not like players in the Englishman’s desired positions are performing to a high standard either. Hector Bellerin has been nothing short of absymal in recent games, managing to make five fouls throws this season. Meanwhile, Thomas Partey’s injury means there is just Mohamed Elneny, Dani Ceballos and Granit Xhaka in the centre of midfield.

And having played at left-wing back and right-wing back in a season where the Gunners won the FA Cup against the likes of Manchester City and Chelsea, you’d say there’s no excuse for the 5’10 star’s absence ahead of Bellerin. He also managed to win man of the match against Manchester United in his only recent performance in central midfield, a show of his talents.

Why the £16.2m-rated ace is being left out of the team is beyond me. There are far too many underperforming players for Maitland-Niles to not be getting a start. Arteta’s persistence to stick by failures could well be his downfall in months to come.