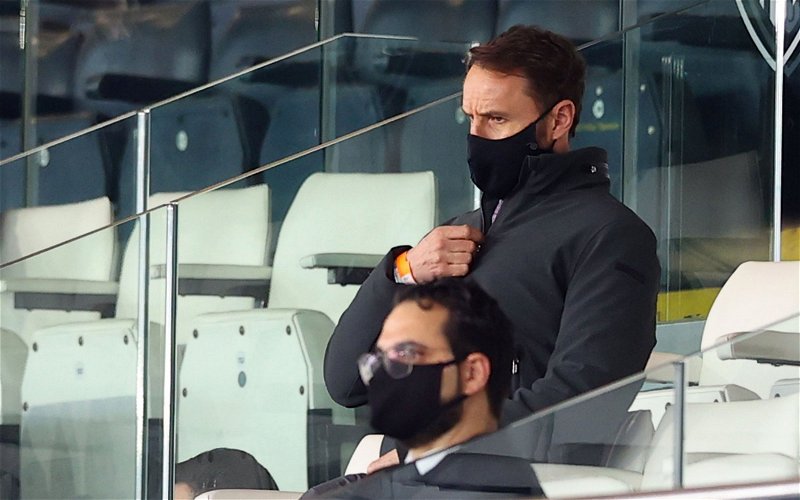 England manager Gareth Southgate has waxed lyrical about Arsenal’s Bukayo Saka and Emile Smith Rowe after their breakthrough into the first team.

Both players are enjoying a prolonged spell in the starting XI with the duo having featured in 22 and 12 Premier League games respectively this season.

Speaking in an interview with talkSPORT, the former Middlesbrough man labelled the duo as a ‘breath of fresh air’ with the March international break just around the corner.

Southgate said: “Emile Smith Rowe getting his opportunity at Arsenal. Those two boys at Arsenal, Saka and Smith Rowe, have been a huge breath of fresh air in their team and there are more across the country if they get their opportunity.”

England have a history of bigging up talent, only to them watch them crash and burn. The likes of Jack Wilshere, David Bentley and Michael Johnson have all been held in esteem, only to then go on and endure mediocre careers.

Whilst Saka and Smith Rowe have performed well beyond expectations this season, we must air on the side of caution when praising them too heavily as it creates a culture of comfort. Too much praise creates an atmosphere of relaxation where the player believes he’s already made it and doesn’t have to perform anymore.

Arsenal have been accused of doing just this in the past, under no other than Arsene Wenger. Former striker Alan Smith took aim at the club back in 2016 and whilst it was a general critique of the first-team, the same can be used when discussing young talent.

However, with Mikel Arteta having previously worked under Pep Guardiola, you feel as though such things won’t be allowed to happen. The former Barcelona manager has been known to dish out useful advice to his youngsters at the best of times, something you hope has rubbed off on the Gunners leader.

In other news, Ian Wright has praised this Arsenal star who has seemingly revived his career.