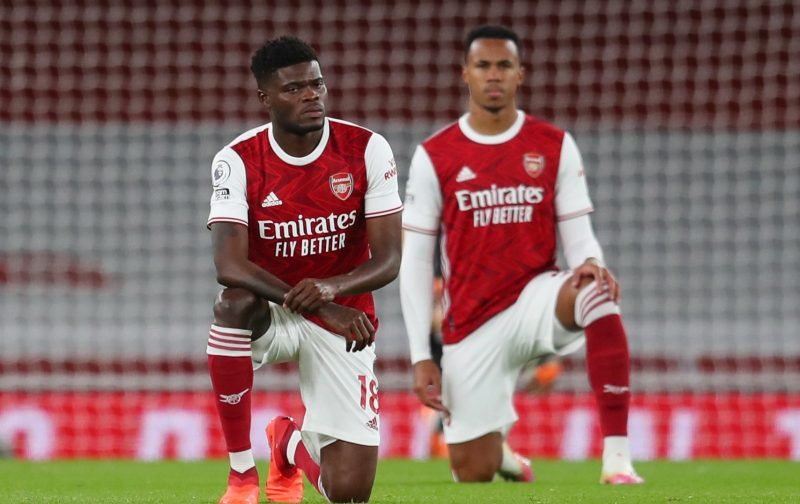 Arsenal manager Mikel Arteta has confirmed that Thomas Partey will train with the first-team squad tomorrow ahead of Sunday’s north London derby.

The Gunners enter the game with an upturn in form having easily beaten Austrian side 4-1 with Alexandre Lacazette, Pablo Mari, Eddie Nketiah and Emile Smith Rowe the scorers.

In his post-match press conference, the Spaniard confirmed the £45m-rated Ghanaian’s return to full fitness.

Would Ramos be a good signing for Arsenal?

Arteta said: “He’s training tomorrow with us and let’s see how it goes in the next couple of days.” (via The Metro)

There can’t be better news for Arsenal fans ahead of what is going to be one of the most difficult north London derby. Spurs have started the season on fire and currently sit top of the Premier League table showing their strength in the top-flight. However, it’s their attack which has proven to be the main threat this year.

Heung-Min Son and Harry Kane have been in sensational form this campaign, contributing  11 and 16 goals respectively. The Gunners will need a rock of a partnership in front of their defence to be able to calm the dynamic duo.

Partey will provide with his dynamism and ability to carry the ball. If at any point the Reds find themselves pinned back in their own half, the 27-year-old’s power on the ball will help move up the pitch with the defensive midfielder having attempted the most dribbles per league game.

Let’s be honest, Spurs will be a difficult game for the side, however, with Partey returning there’s hope for the side, who will be looking to turn around a dismal run in the league.

In other news, a young gun is set to play for the under-23s at the end of December.