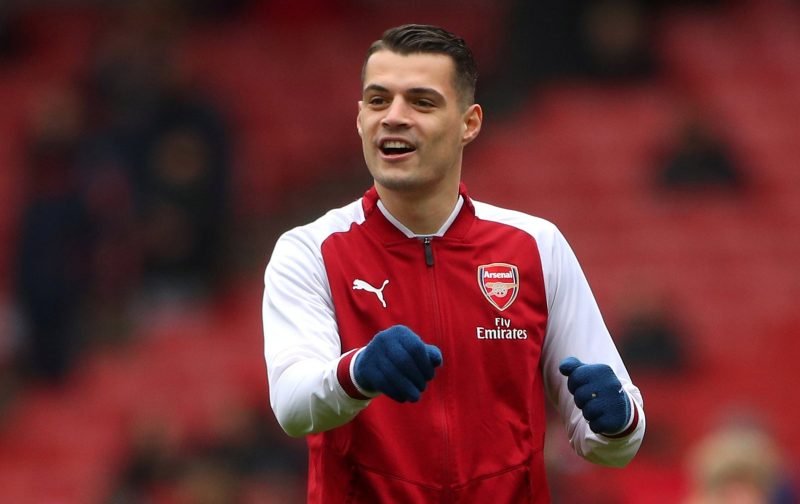 Yannick Bolasie has picked out Granit Xhaka for his performance against Newcastle United in Saturday’s FA Cup win.

The midfielder made it off the bench midway through the second half as the Gunners went on to beat the Geordies 2-0 thanks to goals from Emile Smith Rowe and Pierre-Emerick Aubameyang.

Speaking on Twitter, the former Crystal Palace attacker claimed that the Switzerland international won’t get the praise he deserves for his display.

Bolasie said: “He won’t get the credit but since Xhaka has come on he’s been quality, positive forward play always.” (via Yannick Bolasie)

One of the things that has become apparent over the last year or so is how much abuse the Swiss midfielder gets, especially on social media. Regularly you’ll supporters take aim at the former captain for various parts of his game and never more so than against Crystal Palace last season following his substitution.

However, whilst abuse should never ever be handed out to any player, criticism is definitely welcome especially for a player as inconsistent as Xhaka. Think back to 2017 when the ace recently joined the club, he had a problem timing his tackles and would always dive in. Well, fast forward to the current season, and he still suffers from the same problem as was evident in Wolves‘ second goal in their 2-1 win.

Yes, Xhaka should be praised for his unbelievable level of performances in recent wins, however, given how inconsistent he’s been you wouldn’t put it past the central midfielder to return to his old ways some time this year.

In other news, one player would benefit from a loan spell after his poor performance against Newcastle.