‘He wasn’t bothered’: Deeney lays in to ace after crucial mistake 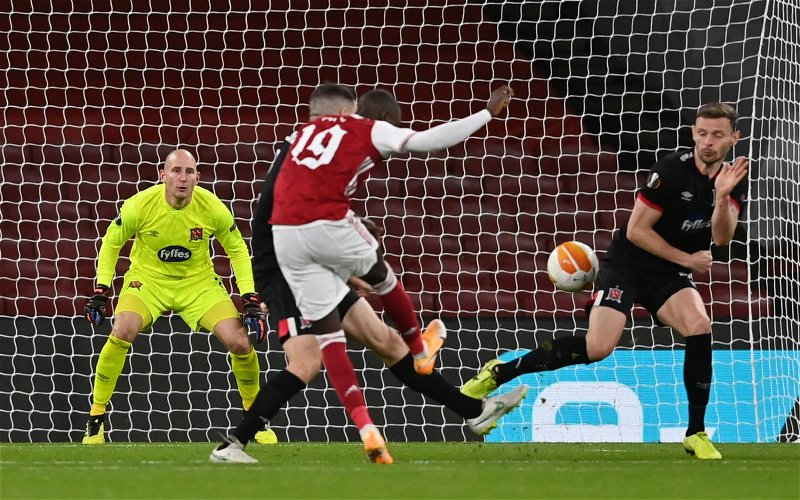 Troy Deeney has lashed out at Nicolas Pepe following his red card away to Leeds United in the Premier League yesterday.

The Ivorian saw red after he got involved in a heated spat with Whites defender Ezgjan Alioski early in the second half.

Deeney wasn’t happy with the winger’s body language after he had received the sending off as he hit out at him during an appearance of talkSPORT.

He said: “I probably would have laid into him for that. He’s let them down. It was an act of stupidity. And, when I looked at it, when he was walking off it looked like he wasn’t bothered.”

“It looked like he made a mistake, shrugged, sighed and walked off. I want to see more emotion. If you’ve gone to headbutt someone naturally you’re frustrated, so there should be some form of anger there, but he just looked very calm, placid, a bit lost.”

It’s quite rich for Troy Deeney of Watford to be talking about players letting their teams down when he has been on the receiving end of his fair share of red cards. Just two seasons ago, the Englishman elbowed Lucas Torreira, an action which led to his red card and cost his Watford side a result against the Gunners.

It’s quite something to claim a player doesn’t care and that he has to show visible emotions to seem like he’s bothered. Whilst there wasn’t any physical show of emotion from Pepe, there was a moment where he stopped and stared blankly at the referee. It seemed to be a show of regret from the attacker, who couldn’t believe his actions.

It’s like Mesut Ozil, who is seemingly called out for being ‘lazy’ because of his body language and languished style of play. However, there are times when you look at the running statistics after games and the German has actually run the most.

Just because you can’t see something, doesn’t necessarily mean it isn’t true. Like the quote goes, don’t judge a book by its cover.

In other news, Real Madrid are hopeful Arsenal will join the race for this midfielder.