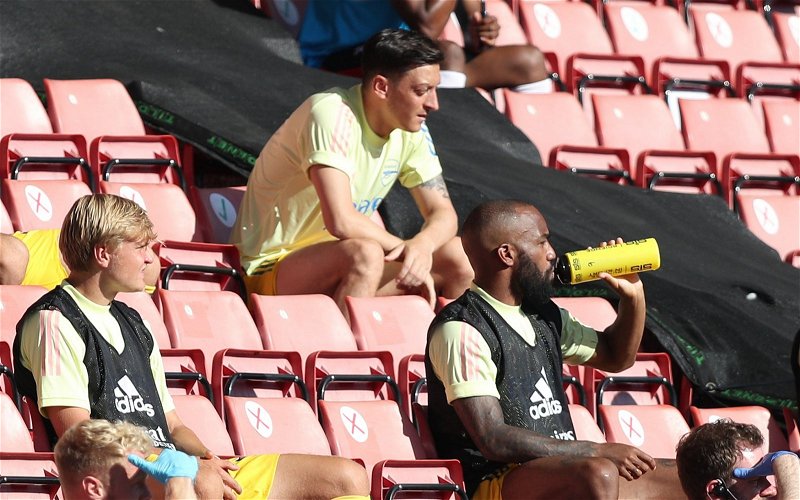 Tony Cascarino has lambasted Mesut Ozil after calls for a re-introduction of the German grew louder following Arsenal’s 2-1 loss at the hands of Everton.

After the club’s eighth Premier League defeat of the season, Jamie Redknapp suggested it was a ‘no-brainer’ of a decision to bring the playmaker back into the fold.

However, it seems the former Chelsea forward doesn’t think the former Germany international deserves a recall into the first-team.

Cascarino said: “I’ve always believed if you only need a player for one minute for one game in a season, if you need to use him, use him. But the situation with Ozil is much deeper. He’s shown very little intent, he makes very sarcastic remarks on social media…

“If you need Mesut Ozil now, you’re in serious trouble in my opinion. I don’t like gifted footballers who think they can just turn up and they’re more important than the club, and I feel that with Ozil.” (via talkSPORT)

Among the many assumptions I have read about Ozil, claiming that the midfielder believes he is bigger than the Reds has got to be one of the stupidest. There’s nothing to back up Cascarino’s claim that the 32-year-old thinks he’s more important.

As a matter of fact, Ozil has done nothing but profess his love for the Gunners since he moved to the club back in 2014. In a statement posted online earlier this year, the ace claimed that loved the outfit and that only he’d decide when to leave.

Out of the club’s the supreme talent has played for, Ozil has been with the Reds for the longest period of time. He’s played over 250 games for the north London outfit, just shy of 100 more than the next closest team, Real Madrid. And then there’s the small matter of his help in ending the nine-year trophy drought by winning the FA Cup in his first campaign.

But, most importantly, if Arsenal had a better forward than Olivier Giroud, Ozil’s ability to spot a pass could’ve helped the side end their long wait for a top-flight title back in 2016.

From his ability to his long and some-what successful career with the club, Ozil has been nothing but a good servant for the team. To claim he thinks he’s more important than the side is bonkers and has no basis whatsoever.