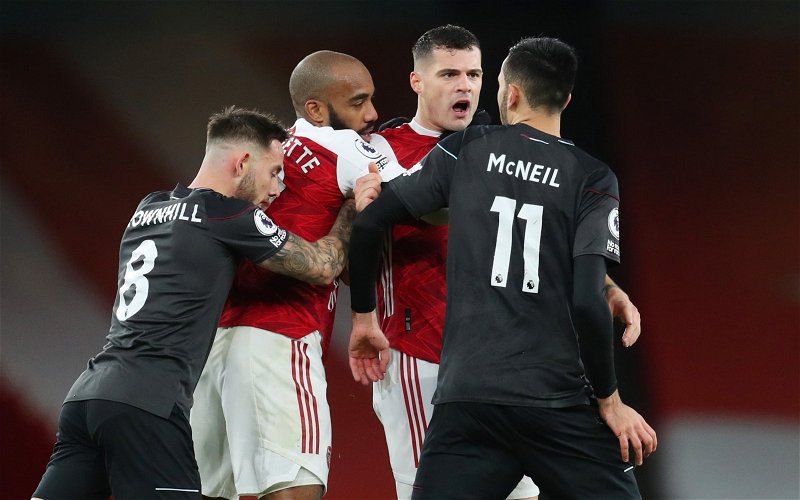 Paolo Di Canio has claimed that Granit Xhaka could be the missing piece for Internazionale ahead of the January transfer window.

The Swiss ace has once again been linked with a move to the San Siro with Sky in Italy claiming the Serie A side are interested in the player.

It seems the former West Ham man is pushing for the transfer as well by claiming the midfielder is suited to Antonio Conte’s side.

Di Canio said: “He is a player more suited to Inter and Conte’s game compared to Eriksen: he is left-sided, a quality that is lacking in the Nerazzurri midfield, he ensures physicality, he is tough, tough, impetuous, sometimes too much.”

“He has been playing for Arsenal for many years and is still a player of international level. Eriksen is technically superior, even if in Italy he is not showing it. But Xhaka can give Inter something that is missing in the middle of field.” (via Sky Italy)

Arsenal are looking to ship off the majority of their first-team squad anyway in something David Ornstein has labelled a ‘cultural overhaul’ last week. Interest in Xhaka from the Italian giants could be a great first step for Mikel Arteta in moving on a player, who really hasn’t proven his worth during his time at the club.

Let’s be honest, Xhaka has been appalling since his move from 2016, proving to be horribly inconsistent in the middle of the park. It’s been four and a half years since the Swiss midfielder moved to N5, yet he still has no idea when to make a tackle or not as shown in the Wolves defeat against Adama Traore.

His passing ability seems to be the only trait he brings to the Gunners, and when you’re playing in the centre of midfield that’s never enough. Most central midfielders have a number of qualities on and off the ball as shown by summer signing Thomas Partey.

A defensive midfielder by trade, yet he is still comfortable driving forward with the ball and defending his backline when off the ball.

Interest in Xhaka is the best thing that can happen for Arsenal. There need to be wholesale changes in the first-team squad and the £100k-p/w Switzerland international should definitely be one.