Fun While It Lasted – Arsenal Fans Unhappy With Semi-Final Draw 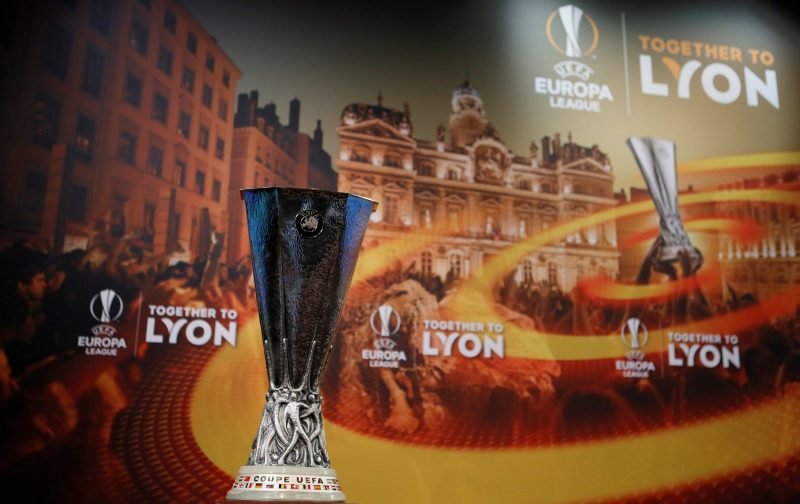 The draw for the semi-finals of the Europa League took place earlier this morning.

Arsenal were joined in the draw by Atletico Madrid, Marseille and Red Bull Salzburg. Arsene Wenger’s side clearly have the tougher tie as when the balls were drawn we were paired with the Spanish opposition.

For some fans this is an advantage as we get two bites at the cherry, for others well known defensive issues have them nervous.

The first leg will take place at the Emirates Stadium on Thursday April 26, with the second leg taking place a week later at the Wanda Metropolitano (May 3).

Both games have an 8.05pm kick off time.

Some fans responded with brazen confidence to the news.

Good, this is what I wanted. Rather have them over 2 legs than play the in 1 match in the final.

The difference is they dont have the best player in the world… pic.twitter.com/BR6gX76agI

Atletico Madrid's journey will soon come to an end.

Now prove your a good team and beat Atletico.

Nah we'll do it over 2 legs

Pleased about this actually. Confident we can do it. Unlike most of the so called "fans" on here I'll support my team and it's manager.

A number of fans gave a response that I simply cannot repeat here.

Plenty though felt that there could only be one possible outcome to the draw and it wasn’t a favourable one.

Well it was a fun ride

Well it was nice while it lasted lol but who knows????

been a good run fellas

well it was fun, but all good things must come to an end????

It was a good run, time to say goodbye.

You can't see but I'm crying

Those of a more optimistic nature will be hoping Wenger and the side he picks go into the ties with less of a defeatist attitude than some of the fans, but as has been abundantly clear so far this season our chances of success ultimately come down to what the team decide to do on the day.

Do we get the CSKA first half side, or the second half effort?