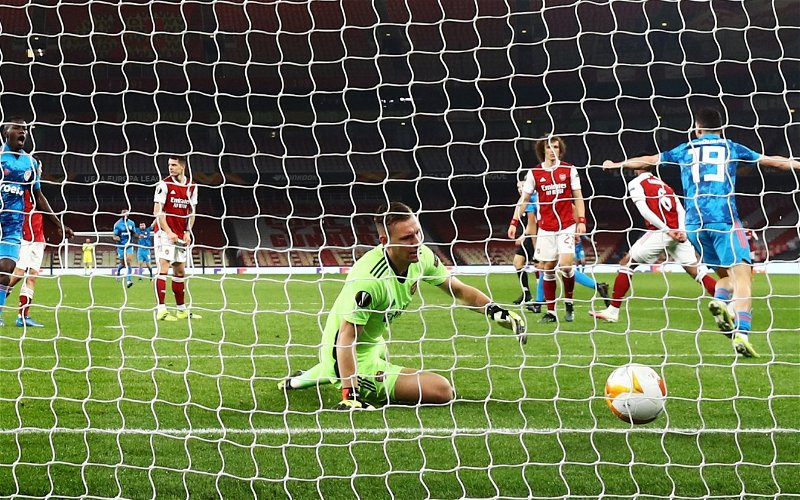 Despite all that’s happened regarding the European Super League, we must all remember Arsenal produced one of their most dire performances of the season yesterday.

The 1-1 draw with Fulham proved to be one of the worst recent performances under Mikel Arteta given the level of opposition that was put up by Scott Parker’s side. However, the Gunners can count themselves lucky they didn’t take more heat for the shambolic display with almost all the news coverage on the ‘big six’ joining the new continental competition.

Roy Keane was left seething with the sides display as he tore into Mikel Arteta’s men, labelling the performance as ‘shocking’ and ‘dreadful’.

And on the face of it, the former Republic of Ireland international wasn’t wrong especially considering how bad the Cottagers proved to be. Throughout the entire 90 minutes, the boys in white produced just a single shot on target, from a penalty at that, and an expected goals tally of just 0.86.

Whilst plenty of lessons have been learnt over the course of a season which has seen Arsenal almost match their losses to the number of victories, there was a big one on Sunday.

On paper, you look at the first-team squad and think Arteta has quite a bit of depth especially if you were to compare it to the likes of Tottenham Hotspur, who reply heavily on Harry Kane and Heung Min-Son.

However, yesterday’s showing proved that even the absence of certain players in certain roles can cause the ship to sink. More so than the result, it’s the disjointed nature of the entire display which stood out.

Arsenal had almost 70% of possession, yet managed to create just five shots on target from 18 attempts. The lack of creativity during the fixture was clear for all to see as the Reds endured yet another dismal home game.

The lack of depth is a real worry for Arteta as the club enter the business end of the season. With European football on the line, it proves worrying the former Manchester City coach can’t turn to his bench at a crucial time of the campaign.

In other news, Arsenal should be spared criticism after UEFA’s failure to enact a 2009 policy.