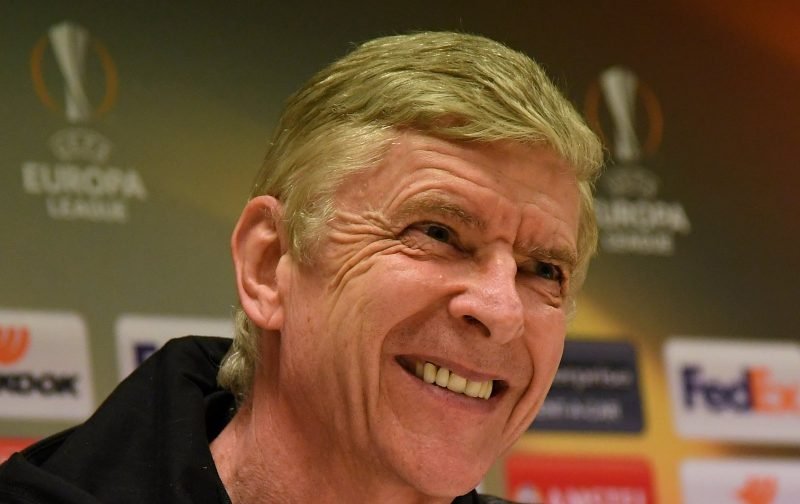 Welcoming West Ham United to the Emirates Stadium for the tie after Arsene Wenger announced his decision to leave Arsenal this summer, the side eventually took a 4-1 victory.

Can you sum up all your emotions, boss?

? “Not really. I’m touched by all the praise I’ve received from everyone in English football. I’ve been able to see the sensational development of the @premierleague in 20 years and I’m very honoured.”

After a poor and goalless first half, whatever was said at the halftime break did the job, and Nacho Monreal opened the scoring in the 51st minute. West Ham did draw level, but inside of the final ten minutes of the tie, the players finally gave Wenger the performance he was after and Aaron Ramsey added a second before Alexandre Lacazette helped himself to a brace.

Despite the large victory on the day and the boost that will give us going into Thursday’s Europa League affair with Atletico Madrid, the main topic of conversation following the game was, of course, his announcement on Friday concerning his departure.

Speaking to the Official Site as he met with the media, Wenger explained.

“I felt that West Ham blocked us well in the first half. We had problems finding fluency in our game. I liked the game because we needed to be patient. I told the players at half-time that if we kept the discipline, we would find space. That’s what we did in the second half. We made chances straight after half-time, in the first 10 or 15 minutes, but we couldn’t take them. Then when they came back to 1-1, it was a little bit of a test because they had one or two chances as well. Once we scored the second goal, I think they collapsed a little bit and we could score many goals.”

? “I would like to thank everybody who’s been really nice to me. Sometimes I got more praise than I deserved, sometimes more criticism, but I've had an absolutely fantastic time.”

Wenger was asked about the ‘mood’ in the camp given his announcement, but he quickly turned his response to the professional nature of the group and stated that everyone’s focus had been on the game in hand.

He did admit though it was emotional and a little bit special for him but that was always going to be the case after his long association with us.

Between now and the end of the season, our focus remains on the games ahead and he will do what he’s always done, prioritised the team and the job he’s here to do.

With the atmosphere at the Emirates Stadium in recent times being less than perfect with the anti-Wenger sentiment growing, the chorus of ‘One Arsene Wenger’ did strike a chord with him.

“I’m happy when our fans are happy. I’m even ready to suffer to make them happy. If sometimes they make me happy as well then I’m happy. I’ll take it. Every single decision I’ve made in my 22 years is for the good and the sake of Arsenal, even when it was the wrong decision my one priority was to do well for the club. I tried to influence the club on the structural side, on the development of the individual players and of course the style of play and results. To combine the three is not always easy and I believe that I will leave a club that is in a very strong position on all fronts. My target was always to do that and I give an opportunity to the guy who comes in after me to do even better in the next 20 years. That’s my wish.”

With speculation suggesting that Wenger may, in fact, have a voice in the decision and the man who will replace him, he denied that he would have any input in that decision.

No one was actually prepared for his departure. It's emotional for all of us regardless of anyone's views on the man. #MerciArśene

Whatever ppl says, he is leaving the club financially, structure wise in a bttr position than when he took over. And he has made the club bigger! Transition of stadiums is his biggest feat. Thank You Arsene?#MerciArsène

Thank u wenger the manger of good dreams

Class and dignity will always sound synonymous to Wenger..

Is anyone else really having a hard time with this? Results or not he is one hell of a man and a human being. Arsenal won’t be the same without him ??⚽️

High morals and integrity. Some might want to look in the dictionary to see what that means.

You are a true gentleman arsene.

Arsene Wenger embodies all that is good about #football – passion, commitment and integrity. You will forever be an @Arsenal legend. Thank you #Arsene We will miss you Monsieur ?