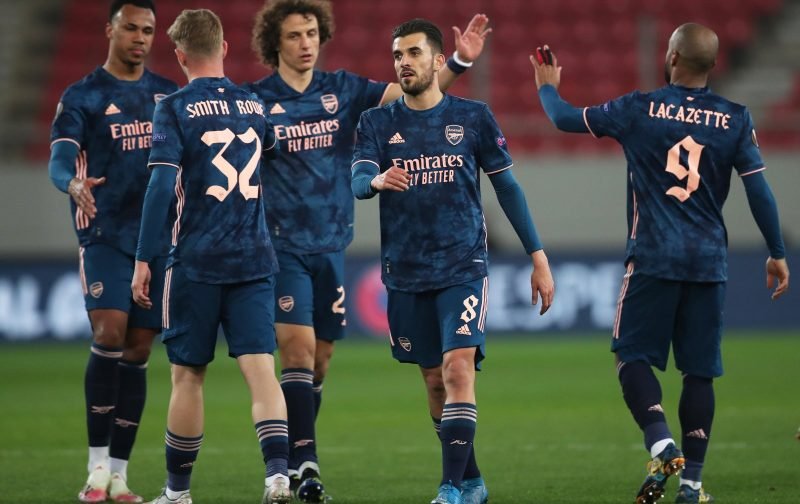 With Arsenal entering the business end of their season there are a few teething issues within the squad as they look to return to the Champions League.

Earlier in the campaign, there were issues in the final third as Mikel Arteta’s men struggled to find the back of the net. From the start of November up until the middle of December, the Gunners scored just twice in the Premier League, embarking on a run of no wins in seven games.

However, the issues have shifted towards the back end of the pitch with the north London giants having failed to keep a clean sheet in any of their last 13 games across all competitions.

With the league proving a mere procession for the outfit, clean sheets really hold no value to the Gunners. There’s little to no hope of European football with the team sitting in 10th place and relegation would be a stunning turn of events.

But, the same can’t be said for the Europa League where away goals prove vital in terms of progression towards the deep end of the competition. Arsenal were very nearly taught a lesson after Benfica scored two goals in the second-leg (Arsenal’s home leg) of their tie back in March.

The threat of elimination via the away goals rule isn’t a foreign concept for the Reds, who have been knocked out by Monaco (2015) and Bayern Munich (2013) in recent Champions League campaigns.

With the second tier of European football proving extremely important for the team, shoring up the defence is of the utmost importance for Arteta, who will be hoping for success this season.

In other news, Emmanuel Petit has launched a scathing attack at some first-team players.