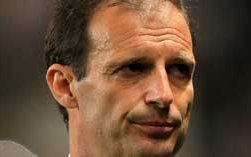 Another joyless international break so time to crack open the stats on which side has covered the most distance and various related bits and bobs.

With a nod to Sky Sports for drawing all the details together.

In the first few months of the campaign so far, surprisingly Manchester United have covered the least distance in the top flight table with bottom placed Crystal Palace putting in over 40km more effort across matches so far.

With a reputation for supposed high pressing, Liverpool sit in 11th place with fellow Gengenpressing Huddersfield Town sitting one place above them.

Manchester United are also down in 15th place in the list of sprints so far this campaign, whereas Manchester City sit in top spot as the only team with 6000+ to their name.

Burnley’s Jack Cork has covered the most ground this year and no doubt that helped him to his first senior call up for England this international break.