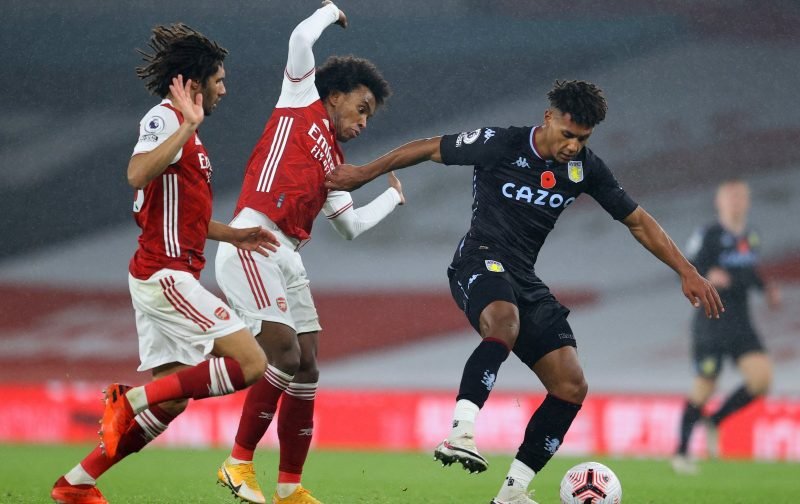 Willian has claimed that his poor form for Arsenal is ‘difficult to explain’ as he accepted that he’s been far from his best in his first few months as a Gunners man.

The offer of a three-year contract proved too good for the Brazilian to turn down as he made the move across London to join from arch-rivals Chelsea following the expiration of his deal.

In comments made before Thursday’s clash with Crystal Palace, the former Blues attacker has claimed that he’s trying his hardest to overturn his poor form.

Willian said: “To be honest sometimes it can be difficult to explain. The first game was great for me, against Fulham, I felt I had a good performance and gave two assists. And then, I don’t know. I’m always trying to do my best, sometimes things don’t go the way you want. You have to say it’s a part of football and a part of life.”

“Sometimes you have good moments, other times you have bad moments, you have to learn from that. And right now, I know I’m far away from being at my best, but I’m determined to work hard and change this.” (via Arsenal’s official matchday programme)

I mean throughout the history of football, you could always look at a player and analyse just where he’s going wrong in his performances. It feels like a bit of a slap in the faces of supporters to sit in an interview and claim that it’s ‘difficult to explain’ why you’re in poor form.

Taking a look at Willian, it’s fairly simple to see where he’s going wrong in his displays. He hasn’t been anywhere near direct enough on the ball to cause any sort of problems for opposition defences.

The statistic which best highlights this is the number of shots the winger has had on target this season. According to Squawka, the £192k-p/w ace has had just two shots on target all season long. However, it’s not just his end product which has been abysmal this season with the 32-year-old also averaging 0.6 dribbles per game in the Premier League. In stark contrast, defensive midfielder Thomas Partey, who has started just four games, averages 1.6 per game.

Willian has been shocking this campaign, and instead of taking ownership, it seems he’s willing to act dumb as to why his level of performance has been bad. It’s a good thing there are youngsters like Bukayo Saka and Emile Smith Rowe, who can fill his void.

In other news, Harry Redknapp has urged the Gunners to sign this Premier League star.