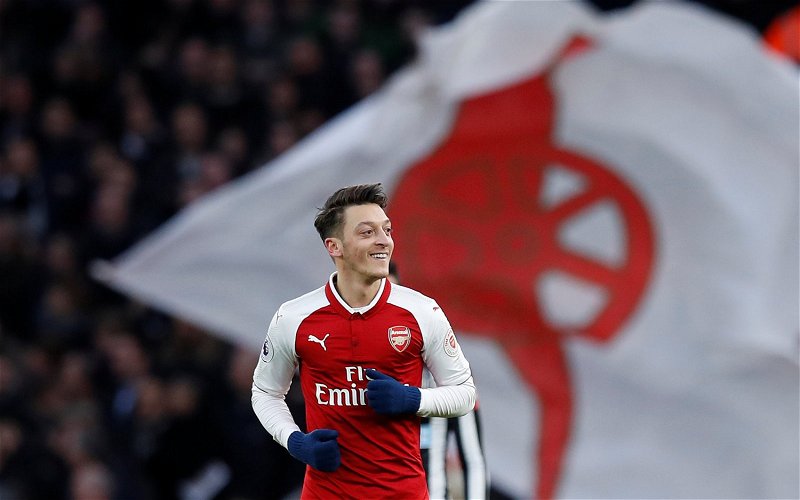 Arsenal and Mesut Ozil don’t expect the German to be re-integrated back into the first-team, according to David Ornstein.

The former Germany international has been frozen out by the club this season having been left out of the Premier League and Europa League squads.

Speaking to the Ornstein and Chapman podcast, the famed journalist has claimed that the playmaker has also been given some time off by the club recently.

Ornstein said: “I don’t think there’s any great expectation on behalf of the club or the player that he (Ozil) is going to be reintegrated.”

“He seems to be training with the first-team, he’s been given a bit of time off with the club’s blessing just recently, so I don’t know if he’s with the first-team setup as we speak, but he has been throughout the season.” (via Ornstein and Chapman podcast)

The January window is far from over, but, you’d imagine should the club fail to sign an attacking midfielder, there would be a re-integration on the cards for the £350k-p/w ace back into the first-team squad.

However, Ornstein’s report are quite worrying as they point to the 32-year-old being left on the sidelines for the entirety of the season. That would be an incredibly stupid decision from Mikel Arteta given Emile Smith Rowe’s injury record and age.

Whilst the youngster has started life in the Premier League starting XI on fire, you can’t expect that to continue over the remaining games. There will be some games where experience will be required and if a player isn’t signed, Ozil can more than fill that hole.

You’d be pretty foolish to leave someone of Ozil’s ilk out of the Premier League/Europa League squad if you haven’t made the necessary requirements. Champions League football is a must this season and with the club already climbing a mountain, making the trek even harder wouldn’t be wise.

In other news, Arsenal have been set a relatively low price tag for one Bundesliga ace.