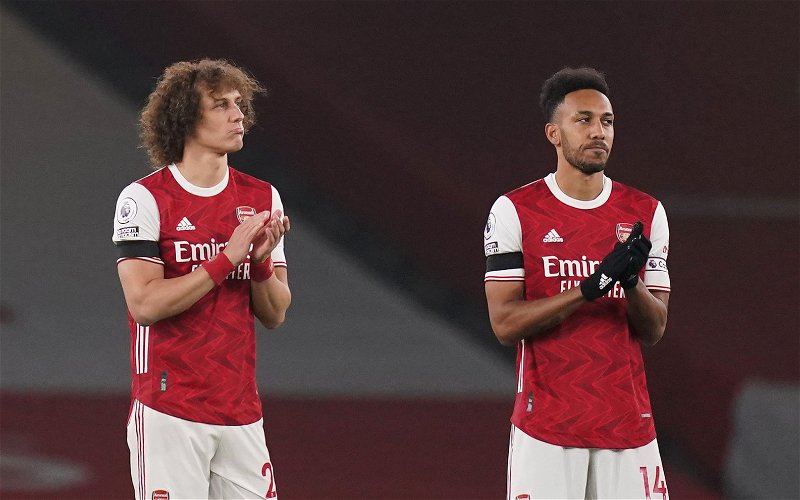 Jamie Redknapp has claimed that David Luiz’s body language is proving contagious for the rest of the Arsenal squad.

The Brazilian made his first start since the 2-1 loss at home to Wolverhampton Wanderers and it proved an unsuccessful return with the Gunners losing to Everton.

Speaking to Sky Sports, the pundit believes the Brazilian is responsible for the drop of heads among the squad, whilst admitting there are a number of issues at N5.

Redknapp said: “David Luiz’s body language was poor and that can transmit to the rest of the players. There are so many problems at the moment at Arsenal, it’s hard to put your finger on one of them.” (via Sky Sports)

Body language is a big thing in the world of professional sport, however, at times it can be misleading. Just look at Mesut Ozil’s time on the pitch over the course of his career in north London. It may seem to a pundit that a player is disinterested in everything the club are going through, but, how can you tell about the way he feels on the inside.

David Luiz showed the leadership side to himself earlier in the year after he fronted up to the press following his disastrous performance away to Manchester City. The likes of Mikel Arteta and Joe Willock have also spoken at length of the £8m former Chelsea man’s impact behind the scenes at the Emirates Stadiums.

Ostracising the talented defender also comes with one huge risk, losing his passing ability from the back. Luiz has many faults as has been highlighted during his long and distinguished career in England, but, his talent on the ball is one of his strengths.

Among the rest of Arsenal’s squad, there isn’t a better ball-player, hence why it’s imperative Mikel Arteta doesn’t take the same view of Luiz’s body language as Redknapp has.

In other news, the former Tottenham man has highlighted one ace who should return to the first-team.