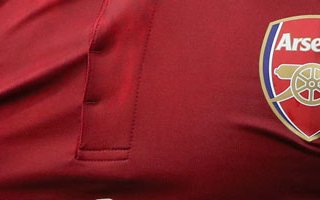 The performances by Shkodran Mustafi, Mesut Ozil and Alexis Sanchez in the two nil victory over Tottenham Hotspur at the weekend at the Emirates Stadium was enough to earn them a place in the side alongside the other, in the opinion of the former Spurs striker anyway, most impressive performers in the topflight over the latest weekend.

I think we’ll already know ourselves, and not just based on the latest performance, why Crooks, we’ll also not argue with it, selected the trio as part of his team but explaining his choice he told the BBC.

‘North London supremacy and comments about which player would get into whose team are conversations that belong over a pint in the Dog & Duck. The real debate is about teams who have what it takes to win football matches regardless of the stakes. Shkodran Mustafi would almost certainly not get into Tottenham’s back three. But what does it matter when you can produce performances that are so defensively brilliant? At times you wonder how on earth the German can be so utterly disastrous on other occasions. The answer is: that’s football. In reality, no-one knows how any individual is going to perform on any given day, and that is why fans are so gratified when players turn up for a big match and give them what they want. Should referee Mike Dean have given a free-kick for Davinson Sanchez’s tackle on Alexis Sanchez? Probably not. Was Mustafi offside when he superbly directed his header towards Tottenham’s goal? According to the video evidence, it was. These were all incidents beyond the control of the visiting side. However, what Spurs were in total command of was the way in which they lined up to defend the free-kick and which defender was going to get his head on the ball. The fact that they failed in both departments completely cancels out anything Dean did moments before. Of course, Spurs have every right to be angry about poor decisions by the officials, especially when it costs them a goal, but it cannot be the referee or his assistants’ fault if Tottenham cannot defend a set-piece. As for Mustafi, he was the best defender on the pitch by a mile.’

‘I did not hear anyone from the Arsenal camp complaining about Mesut Ozil’s performance against Tottenham in the north London derby – no comments about him being lazy or not being a team player, playing for himself or not being interested. What I did see was Arsenal fans giving the player a standing ovation in appreciation of a wonderful performance by an extremely gifted footballer – and about time. I have said it before and I will say it again: Ozil should be playing for Tottenham, where he would be far more appreciated. Spurs fans would be giving him that ovation every week. I suppose there is no getting away from history. It is only in recent times that Arsenal, under the watchful eye of Arsene Wenger, have shed their ‘boring’ tag. Former Arsenal manager George Graham’s sides won trophies but played the game so villainously that I was always amazed that they were not charged under the Trade Descriptions Act for misleading consumers that they were really watching football at all. You have to go back to the days of former Arsenal greats like Alan Ball, Charlie George and Liam Brady to see a glimpse of real genius wearing the famous cannon on their chest. But not any more. Wenger has not only been turning pigs ears into silk purses since his arrival, but has consistently attracted wonderful footballers like Ozil and Alexis Sanchez to the club. Considering some of the complaints I have heard in recent years about Wenger and Ozil from Arsenal fans, I am not entirely sure they deserve either of them.’

‘I have seen Arsenal in this mood before – Alexis Sanchez fighting for every ball, Mesut Ozil playing with desire and purpose and Shkodran Mustafi marking Harry Kane so tightly the striker could barely breath. What I did not understand was why Spurs took so long to recognise that this was an Arsenal side intent on humiliating their north London rivals, especially after the overstated self-aggrandisement of their Real Madrid victory. So why did Spurs start this match as though they were playing MK Dons on a Tuesday night in Milton Keynes? And why did Mauricio Pochettino let them? Tottenham started the game as though their very presence was enough to earn them a point, while Arsenal played as though their lives depended on it. The charge was led by Sanchez, of course. Who else in the Arsenal team was capable of tormenting Jan Vertonghen, Davinson Sanchez and Eric Dier all at the same time? The Chile forward was once again outstanding, led from the front and showed the sort of leadership qualities only world-class players possess in games that mean far more than just points.’

It’s always good to see the club represented in this way, and well played to all three for their recognition, but the most important thing about the weekend was of course the win.