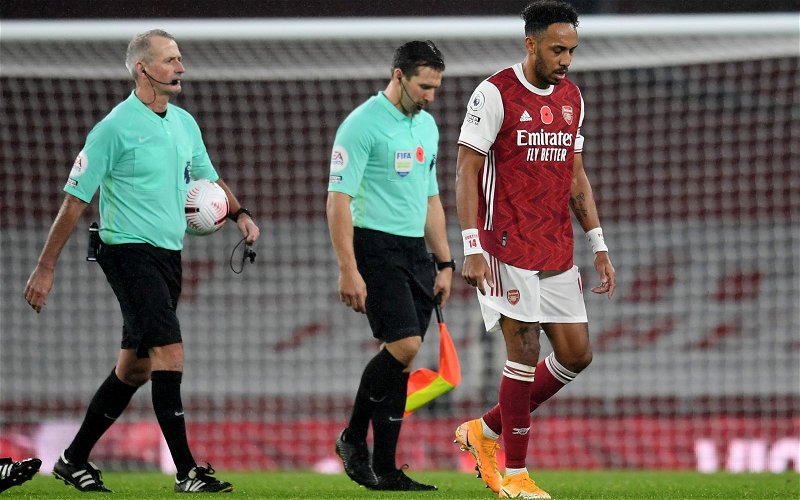 Arsenal will investigate an alleged breach of the pandemic rules after footage emerged online of captain Pierre-Emerick Aubameyang getting a hand tattoo.

The Gabon international scored a hat-trick against Leeds United last Sunday as the Gunners cruised to victory over Marcelo Bielsa’s men.

However, a video emerged showing the African getting inked whilst he played last weekend’s game with a black bandage on his right hand.

It’s quietly sensational that as captain of the club you’d go out of your way to break rules that have been put in place, not only for your own safety but for the safety of the entire country.

During what has been a difficult time in the world, football has suffered a lot with games getting cancelled due to the disease. Imagine a scenario where Arsenal would have to cancel/postpone matches because their club captain picked up the illness after deciding to get a tattoo.

It’s grossly irresponsible and shows a lack of responsibility from a player, who in all likeliness shouldn’t be the leader of the club anyway.

In other news, Arsenal could sell two players, according to Chris Wheatley.