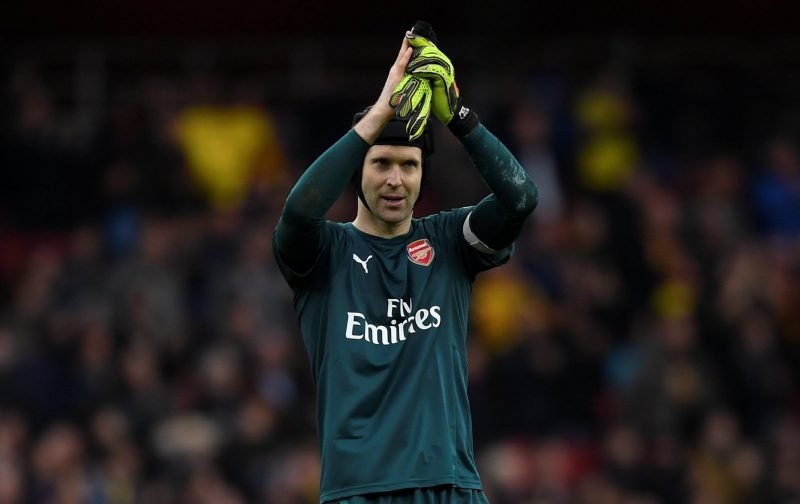 With Arsenal stopper Petr Cech keeping a clean sheet in their clash against Watford this weekend, the former Chelsea man goes into Premier League record books.

The 35-year-old former Czech Republic international had been stuck on 199 Premier League clean sheets for a number of games, but having saved a penalty from Troy Deeney in the weekend’s clash he finally got over the line to register his 200th clean sheet in the English top flight.

In doing so, he became the first goalkeeper to reach the 200 milestone for clean sheets in the Premier League itself, and he more than helped Arsenal to a much needed victory given their recent form.

Speaking to the Official Site to reflect on his personal achievement following the full-time whistle, Cech explained.

‘It`s been a while and I have to say that it`s never happened that I`ve had to wait 11 games for a clean sheet. In the stretch, it was quite frustrating at times. We had so many games where we had a big result, especially at home when you take the games against Everton and Crystal Palace. In the end, you are 4-0 up and we conceded late goals. Sometimes you go through stretches like that as a team, as an individual and obviously you have to find your way out.’

Cech went on to say.

‘We had a massive game in Milan and we managed to win there with a clean sheet. Today, I thought we carried that with us. It was not as easy a game as the score says, because we scored in important moments, they missed a penalty and they had a couple of chances in the first half. So we had to defend properly until the last second and we did so.’

Reflecting on the Watford clash itself and the penalty save.

‘Well, I always say when you go through a difficult period, the last thing you change is your work, your attitude and your precision in the every day work that you do. So I kept working and I kept working. I know how I managed to get this far, so I carried on my work and I thought that one day it would turn back. Today it was an important save, so the question of is it a penalty here or there and will he save one? Well, today I did. So we can carry on.’