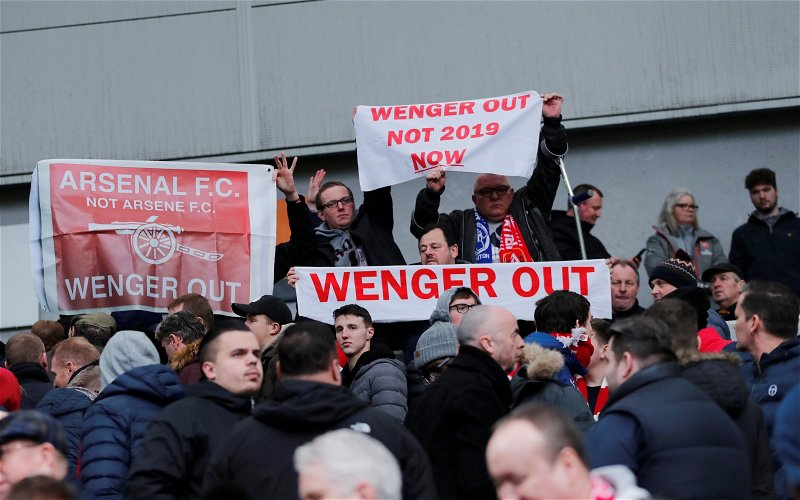 Arsenal have announced that we will be taking part in the International Champions Cup this summer.

The go-to barb here for fans initially was ‘Champions of what?’ but Arsenal do of course continue to hold hopes of lifting the Europa League trophy this season. It’s the only hope Arsene Wenger can have after the performances and inconsistency we’ve seen so far in 2017/18 – even Burnley are now favourites in the media to sneak sixth place in the table from us.

We’ve got some pre-season fixture info for you ????https://t.co/DfvILCTaxz

In any event, the club have lined up games against Atletico Madrid and Paris Saint-Germain for late July and both matches take place at the 55,000 capacity National Stadium at the Singapore Sports Hub.

The tie against Atletico is set for Thursday, July 26, with the reigning French Champions following on Saturday, July 28. Both games kick off at 12.35pm UK time (7.35pm local).

Arsenal have confirmed these two ties will be the only games outside of Europe this coming preseason and they anticipate two European friendlies will be announced soon.

Whilst the news will be welcomed by fans abroad who have fewer opportunities to see the side live in person, regulars at the Emirates Stadium and on the road were quick to question whether Arsenal could afford a packed preseason schedule and ICC involvement next year as there are no guarantees we’ll progress through the semi-finals against Atleti in the coming weeks, so we may be otherwise indisposed.

By Atletico Madrid, I am sure you mean Astra Giurgiu in the Europa League qualifiers

We will be playing in the slums of Borats garden in the Europa Qualifiers. Stop lying to us

As you’d expect in the current climate, fans voicing the need to replace Arsene Wenger was the only plan they wanted to hear about moving forward.

Only news we want is Wenger to be sacked!!

We can't wait until we win the league again that's for sure. Tbh, I think we still need to add 2 or 3 world class players (2 of which need to be CB's) and the manager to step aside then we're sorted. There are massive markets worth millions that need our attention too.

When is Wenger leaving…???
That's all we really want to hear..!!!
Enough of his mediocrity and tactical ineptitude. #AnnouceWengersExitNow #AWExit #WengerOut

When are you announcing Wenger retirement

When is Wenger being axed???

The other thing to consider is the worldwide fanbase and Arsenal’s propensity for only touring the same markets.

No thx from singapore rather u guys stay at home

Why aren’t you coming to America?:(

Obviously you can’t please all the people all the time and that’s certainly true in football, but whatever anyone’s personal thoughts on Wenger – his history and achievements – big questions need to be answered this summer by the Board as Arsenal aren’t even treading water this year, we’ve actively slipped backwards and unless that is addressed over the summer a lot of fans will be questioning how bad things need to get before action is taken.