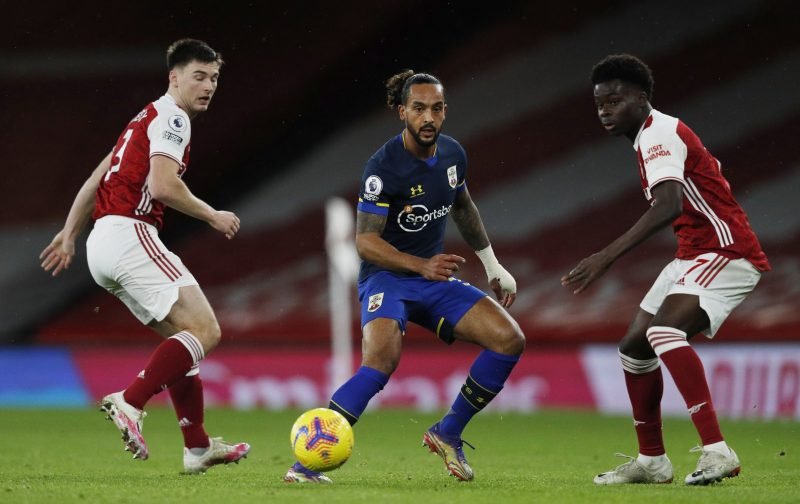 Fabrizio Romano has claimed that Kieran Tierney is not a target for Napoli, who are extremely keen on the former Celtic man.

The Scotland international is was tipped to make a shock move to Naples during the January transfer window, however, the famed transfer expert has insisted that Arsenal are happy with the left-back.

Speaking on his Here We Go podcast, the Italian journalist deliver an update on the Gunners’ feelings about the Scotsman.

Romano said: “To be honest, Arsenal are so happy with Tierney, so they want to keep this player. There were a lot of rumours in January about him joining Napoli in a shock move, nothing, nothing. Arsenal are so happy with him, Napoli are not planning for Tierney, he is appreciated yes, he’s one of the favourites of the Sporting Director Cristiano Giuntuli, but Napoli are going to rebuild with a new manager next summer.”

It proves fantastic new for the north London giants, however, you do feel as though the Italian giants had little to no chance in signing the defender.

You can’t imagine for one second Mikel Arteta and hierarchy would have dreamt about letting one of their better defensive players leave for any price after just two seasons at the club. Tierney has been a sensational addition to the Gunners since his arrival in August 2019 and a premature departure was never on the cards especially to a team struggling just as bad as Arsenal.

Napoli sit two places below the Champions League spots in Serie A and have already been knocked out of the Europa League this campaign to Spanish outfit Granada.

Why leave one struggling club for another struggling side? You feel as though if the £25m 23-year-old was going to leave, it would be for a team who are bigger and better than the Gunners, not at the same level.

In other news, Kevin Campbell has voiced his opinion about Hector Bellerin.